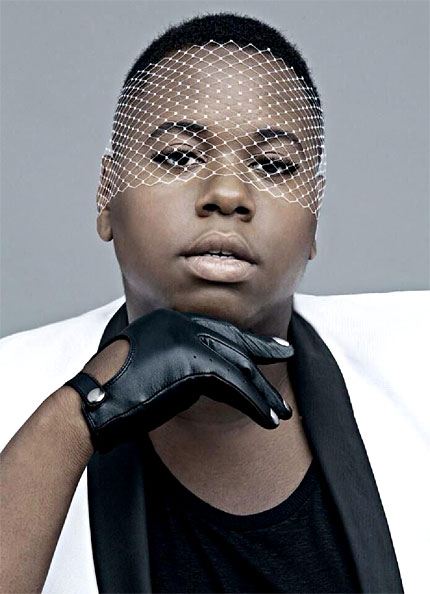 SALEM, Mass. —The North Shore Pride organizing committee is excited to announce that the third annual North Shore Pride Parade and Festival will take place Saturday, June 21, 2014 in Salem, Massachusetts. This year’s Festival will feature a special appearance by nationally-known TV and film actor Alex Newell. A dynamic, rising-star performer, Newell was born in Salem, Mass., and was raised in Lynn. His full bio is available at: http://tiny.cc/i1uyfx.

“We’re so thrilled to have Alex with us this year,” said Board President Hope Watt-Bucci. “Not only is he a wildly talented performer, he was born and raised right here on the North Shore. His appearance will be a true inspiration for our LGBTQ community, particularly the youth in our community.”

In addition to his headline performance at the Festival on the Salem Common following the Pride Parade, Newell will appear at the official North Shore Pride After Party at Murphy’s Pub. The After Party will begin at 4 p.m., and guests will have an opportunity to participate in a special “meet and greet” with Newell. Details to come at www.northshorepride.org.

“Now in our third year, we’re focusing on encouraging participation from every town on the North Shore,” said Watt-Bucci. “Our mission has always been ‘unity in our community,’ and we want to be sure that all of the North Shore LGBTQ and allied community can celebrate together.”

To that end, North Shore Pride is launching a “Show Your North Shore Pride” contest.  To participate, community members are encouraged to take a photo of themselves, family and friends somewhere that represents their own North Shore town. Photos tagged @NorthShorePride will be highlighted on the North Shore Pride Facebook, Instagram and Twitter accounts.  Read more at www.northshorepride.org.

The North Shore Pride committee is pleased to once again be holding the Parade and Festival in Salem, where the event has received overwhelming support from city officials, including Mayor Kimberley Driscoll, and the entire Salem community.

About the 2014 North Shore Pride Parade and Festival

Parade: The Parade begins at 12 noon in front of the Salem Post Office on Margin Street, proceeding down New Derby and Derby Streets to Hawthorne Boulevard, ending at the Salem Common.

Festival: The Festival kicks off on the Salem Common immediately following the Parade and runs until approximately 4 p.m.  The Festival includes live entertainment; food, beverage and retail vendors; information from LGBT and other area non-profit organizations; and activities for families.

Interfaith Service: An interfaith service will take place before the Parade, at 10 a.m. at St. Peter’s Episcopal Church in Salem

Official After Party: The Official North Shore Pride After Party will take place at Murphy’s Pub at 300 Derby Street, from 4-10 p.m. Festival headliner Alex Newell will make a special appearance. Admission to the After Party is free, but a $10 VIP ticket at the door grants access to a meet and greet with Newell.

For information about registering for the parade, signing up to be a vendor at the festival, becoming a North Shore Pride sponsor, advertising in the official North Shore Pride Program Guide, or volunteering visit: www.northshorepride.org.

The mission of North Shore Pride, Inc. is to promote the general welfare, and enhance the social life of the gay, lesbian, bisexual and transgender community of the North Shore, and to promote the acceptance of the members of this community by the broader North Shore community. To carry out these purposes, the organization engages in activities designed to promote greater understanding of LGBTQ issues, educates the members of the LGBTQ community on issues of importance to them and engages in fundraising activities, partnering with individuals and organizations, in furtherance of its stated purpose. North Shore Pride is an entirely volunteer run organization.

Reasons For LGBTQIA+ Folks To Attend Their Local Prides