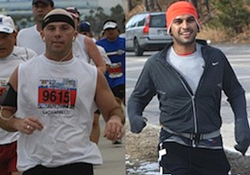 Reebok CrossFit Back Bay is Boston’s Elite CrossFit training facility devoted to improving people’s overall health using the CrossFit methodology.  Supporting Boston’s youth and in particular at-risk youth is crucial to this mission, as well as supporting the neighborhood organizations making a difference in their lives.

The Theater Offensive’s (TTO) Team OUT Run set a fundraising goal of $10,000 to benefit at-risk LGBT and allied youth in True Colors: OUT Youth Theater. True Colors incorporates TTO’s OUT in Your Neighborhood strategy and commitment to inclusion and diversity. The Theater Offensive engages at-risk LGBT & allied youth to create original theater pieces based on personal experiences like bullying, homelessness, harassment, discrimination and suicide.

The Theater Offensive programming reflects the diversity of the city of Boston, gives voice to underserved LGBT community members, creates avenues for cross-cultural dialogue and breaks down the barriers of homophobia, bigotry and hate. To donate funds to Theater Offensive’s Team Out Run, visit: http://bit.ly/GXQvYy.

Reebok CrossFit Back Bay is committed to supporting health and wellness to it’s members in addition to being dedicated to outreach programs throughout the city of Boston.

The Theater Offensive grew out of the seminal street theater troupe United Fruit Company in 1989, led by current Executive Artistic Director Abe Rybeck. The creation of The Theater Offensive was a response to the founders’ experiences as activist members of underserved, marginalized communities and active participants in the early years of the Rainbow Coalition. Throughout its history The Theater Offensive has furthered its mission “to form and present the diverse realities of lesbian, gay, bisexual and transgender (LGBT) lives in art so bold it breaks through personal isolation and political orthodoxy to help build a more honest, progressive community.”