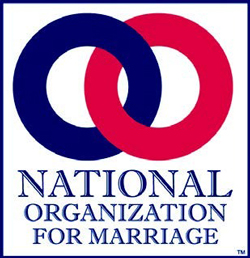 Washington – The Human Rights Campaign, the nation’s largest lesbian, gay, bisexual and transgender (LGBT) civil rights organization, is calling on the Maryland Marriage Alliance to return the $10,000 donation of Michael Peroutka, an active white supremacist and secessionist sympathizer who was one of the three largest individual donors to the campaign against marriage equality in Maryland. HRC also calls on the Maryland Catholic Conference, which played a leading role in founding the Maryland Marriage Alliance, to publicly denounce Peroutka’s donation. Peroutka is an active member of the League of the South, a neo-Confederate, secessionist organization labeled an “explicitly racist” hate group by the Southern Poverty Law Center (SPLC).

“This is just the latest evidence that no matter how equality opponents try and cloak their work, their efforts are often driven and funded by hate,” said HRC Vice President of Communications Fred Sainz. “As support for equality becomes increasingly mainstream and funding for our opposition dries up, anti-equality groups are increasingly forced to rely on the donations of a few extremist individuals and groups who often push hateful agendas.”

Filings made available by the Maryland Board of Elections indicate that Michael Peroutka donated $10,000 to MMA on October 31, 2012.

The Maryland Marriage Alliance was founded and funded by the Maryland Catholic Conference and the National Organization for Marriage (NOM). The Roman Catholic Church, along with the Knights of Columbus, contributed almost $425,000 this year to defeat ballot Question 6, with NOM donating $1.2 million.

Peroutka was a featured speaker at the League of the South’s national conference this past July, as he was in 2004, 2008, and 2010. According to the SPLC, the League of the South “believes the ‘godly’ nation it wants to form should be run by an ‘Anglo-Celtic’ (read: white) elite that would establish a Christian theocratic state and politically dominate blacks and other minorities.” The organization says that its relentless pursuit of white supremacy is “healthy and Biblical.”

League of the South President Michael Hill has written that white people possess a “God-ordained superiority” and that African Americans “have never created anything approximating a civilization.” Its Florida chapter chairman, Michael Tubbs, is, according to the SPLC, a convicted “Aryan” terrorist who amassed a stockpile of weapons and explosives along with a list of targets including businesses owned by Jews and blacks.

Peroutka appeared along with Hill and Tubbs in front of Confederate flags at the League of the South conference, said that he was grateful for the organization’s endorsement of his fringe 2004 presidential campaign and remarked that “If this be hate, let’s make the most of it.” In 2004, he wrote on his blog that “I am proud to be a member of the League of the South. I look forward to receiving the support … from guys with Confederate flags in their trucks.”

He has also appeared on a white supremacist radio show called The Political Cesspool. The Montgomery Advertiser reported that one of the bedrock principles of the show Peroutka appeared on is the need to “grow the percentages of Whites in the world relative to other races.”

NOM is no stranger to exploiting race as a means of advancing its agenda. Documents obtained by HRC earlier this year revealed NOM’s racially divisive strategy to “drive a wedge between gays and blacks” and to “interrupt this process of assimilation by making support for marriage a key badge of Latino identity – a symbol of resistance to inappropriate assimilation.”