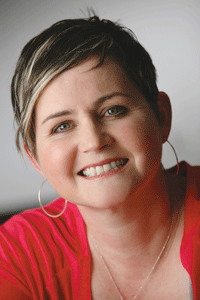 Fights and fabulousness make history; good news and policy shifts rarely do. As an example, I don’t think I’ve seen more than two pictures from the 1969 Stonewall riots, but my mind is filled with images of those amazing ‘60s-era drag queens using handbags like weapons and kicking out the back of a police van with stiletto heels. Stonewall is so burned into my consciousness as The Beginning that it hardly matters that I’ve never really seen what it looked like.

Did you also know that four years earlier there was an organized gay rights protest in front of the White House? In 1965, brave members of the Mattachine Society and the Daughters of Bilitis put on suits (the men) and dresses (the women), carried signs and politely picketed one Saturday afternoon. This was no small thing, considering that homosexuality was still listed as a mental disorder. Still, it looked more like a bunch of accountants protesting tax code changes.

I’ve seen a lot of pictures from that day, and I might even argue that 1965 is Year One of the modern LGBT rights movement, not 1969. Yet that protest has become not much more than an interesting footnote in our collective historical memory compared to the sheer brass of Stonewall.

I have a feeling 2012 might go down like 1965. There’s hardly any photographic evidence this year of a critical mass of queers pushing down the fences and stopping traffic, and I don’t remember a word being about LGBT rights in the Presidential debates, though I did nod off a few times. You could even say 2012 was boring, which would be a shame, because I believe that historians will one day look back and declare 2012 a great civil rights turning point.

Let’s not say goodbye to 2012 without giving it its due:

Obama “evolved” on same-sex marriage. Right, overdue, whatever. But then he went on to become the first president elected on a platform of full LGBT equality. That didn’t happen in 2008, and it couldn’t have. For the last 12 years, LGBT rights have been used as a wedge issue to get out the conservative vote. Notice how little of that there was this time around, though there were marriage initiatives in swing states – oh, and Obama took all the states that put marriage on the ballot.

We didn’t have a Prop 8. We didn’t even have a loss. After 28 straight defeats for marriage equality at the state-level, by popular vote, since 1998, we won four marriage referenda in one shot, three of which were ballot measures legalizing same-sex marriage. We’ve never been able to vote down a marriage ban and suddenly people are all for it in places as un-swishy as Maine.

Emboldened by the passage of North Carolina’s draconian Amendment One in May, The National Organization for Marriage decided to bet the house on the overwhelming opposition to marriage equality among racial minorities. Then NOM lost. Nov. 6 exit polls show that both African-American and Latino voters support marriage equality by a large margin. (Can we finally put that myth to rest, everyone?)

Tammy Baldwin, from Wisconsin, became the first openly gay member of the U.S. Senate, and she was just one of the 152 openly LGBT candidates up for election on Nov. 6. Seventy-seven percent of them won in such notoriously pink bastions as North Dakota and West Virginia.

2012 also set the stage for what could be our biggest legal victory yet: Three different circuit courts (the 1st, 2nd and 9th) ruled for marriage equality. The odds favor at least one of these cases making it to the Supreme Court next year, which has implications for LGBT rights far beyond marriage. While the Court could rule against us, good money says it won’t, especially if it chooses to hear the DOMA cases instead of the Prop 8 case. Either way, the outcome will send us out in the streets, in celebration or fury. And watch: that will be the day we remember.

*Abby is a civil rights attorney-turned-author who has been in the LGBT rights trenches for 25+ years. She can be reached at:www.queerquestionsstraighttalk.com.