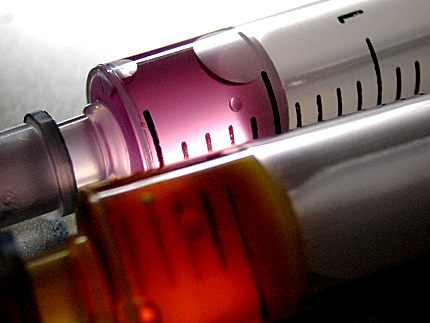 Last month, a demonstration study was launched to determine whether black gay and bisexual men would benefit from the use of drugs to prevent HIV infection. Generally referred to as pre-exposure prophylaxis, or PrEP for short, the preventive medicine is Truvada, a once-daily pill that contains the two antiretroviral drugs tenofovir and emtricitabine. The U.S. Food and Drug Administration approved the use of Truvada for PrEP in 2012, but research is ongoing to determine how the drug might best be used, and its acceptability, safety, and effectiveness in different risk groups.

The study, dubbed HPTN 073, which is being administered by the HIV Prevention Trials Network, will enroll a total of 225 uninfected Black MSM in three US cities: Chapel Hill, North Carolina; Los Angeles, California; and Washington, D.C.

All participants in the study will be offered daily Truvada plus client-centered care coordination, which consists of an individualized plan of care and support that may include referrals to health care and mental health services or to other organizations that can help participants with other needs they may have, such as services for housing assistance, domestic violence, or drug or alcohol use counseling. All participants will also receive HIV and sexually transmitted infection (STI) risk reduction counseling and an HIV/STI test at each study visit. They will also be provided with, and encouraged to use, condoms.

It is important to note that the participants do not have to agree to take Truvada to be in the trial. They may decide to start taking or stop taking Truvada at any time.  The study will address the following research questions:

For the participants who take Truvada and later become infected with HIV, the researchers will also evaluate their blood levels of Truvada and whether they have drug-resistant virus.

“This is an exciting study that will provide us with critical information about whether Black men will accept PrEP,” according to study researcher Dr. Darrell Wheeler. “It will also help us better understand under what conditions they are willing to accept taking PrEP and how healthcare providers and researchers might be able to better support their efforts to achieve optimal health outcomes.” [pullquote]It is important to note that the participants do not have to agree to take Truvada to be in the trial. They may decide to start taking or stop taking Truvada at any time.[/pullquote]

HPTN has developed a number of educational materials about the trial, including a fact sheet, slide deck, and 90-minute webinar, all of which are available at their website.  The slide deck provides a detailed overview of the study, together with contextual information about the U.S. HIV/AIDS epidemic, the epidemic’s impact on Blacks, MSM, and Black MSM in particular, PrEP’s potential role in HIV prevention, and the results of PrEP studies performed to date.

National Gay Men’s HIV/AIDS Awareness Day (NGMHAAD) was held Friday, September 27. The National Association of People with AIDS founded NGMHAAD “to help gay men remember how much we have accomplished together in the fight against HIV/AIDS, remember the quarter-million lovers and brothers we have lost, and renew our commitment to ending what is now an endable epidemic.” For more information about HIV/AIDS among gay, bisexual, and other men who have sex with men, see the following annotated list of online resources.

Also from the CDC:

From the UCSF Center for AIDS Prevention Studies:

Gay Men and HIV/AIDS. Web page on thebody.com site with links to many articles and resources.

HIV Transmission and Prevention in Gay Men and Other Men Who Have Sex with Men: Related Resources. Page from the HIV InSite with links to many articles, reports, and other information.

Men of Color Who Have Sex with Men and HIV/AIDS in the United States. Fact sheet from the U.S. Health Resources and Services Administration.

The Global HIV Epidemics Among Men Who Have Sex with Men.  This 2011 report from the World Bank provides a summary of HIV/AIDS among MSM in different countries, as well as prevention interventions that respond to designed to reduce HIV transmission among MSM.

HIV Prevention for Men Who Have Sex with Men.  Issue brief from the American Foundation for AIDS Research.

Selected Recent Articles about HIV and Hepatitis in Gay, Bisexual, and Other Men Who Have Sex with Men

PrEP Did Not Increase Sexual Risks in Study of Gay Men.  (aidsmeds)

A Fifth of Gay Men in a Relationship with an HIV-Negative Man Have Not Tested for HIV While in Their Current Relationship. (aidsmap)

Strategies to Detect and Treat MSM with Acute Infection May Be a Powerful Tool to Control HIV Epidemics.  (aidsmap)

Herpes Linked to HIV in Semen of Gay Men on ARVs. (aidsmeds)

Treating Everyone Diagnosed Would Not End HIV in US Gay Men, Los Angeles-Based Model Finds.  (aidsmap)

CROI Plenary: Without Focus on MSM Epidemic, “An AIDS-Free Generation Is Not Going to Be Achievable.”  (Science Speaks blog)