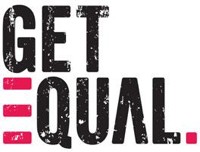 WASHINGTON, DC—Approximately 100 women were arrested on Sept. 12 after blockading the intersection outside the House of Representatives to protest the House’s inaction on comprehensive immigration reform that treats undocumented immigrants — especially women and children — fairly.

The act of civil disobedience included the largest number of undocumented immigrant women to willingly submit to arrest. The 100 women who were arrested came from 20 states across the country to draw attention to the fact that women and children constitute three-quarters of immigrants to the U.S. and disproportionately bear the burden of the failed immigration system. An additional 200 supporters stood witness for the group and called on the House to match their courage by passing fair and inclusive immigration reform.

Prior to the act of civil disobedience, more than 300 women and children gathered for a press conference in front of the Capitol Building, where national leaders – including Congresswoman Zoe Lofgren, ranking minority member on the Judiciary Subcommittee on Immigration and Border Security; Pramila Jayapal of We Belong Together; Bertha Lewis of the Black Institute; Terry O’Neill of NOW; Rocio Inclan of National Education Association; and three undocumented women – spoke out about how women disproportionately bear the burden of the failed system, despite their considerable contributions to the well-being of their families, communities and the country.

“Each one of us here today understands what incredibly high stakes we are talking about—immigration reform is not just a piece of legislation but the ability for us to take care of our families,” said Pramila Jayapal, co-chair of We Belong Together: Women for Common-Sense Immigration Campaign. “Women contribute every day to our families, our economy and our country. Immigration reform is about being able to live, breathe free, and remember the values that brought us all here in the first place: democracy, freedom, and justice.”

Faith leaders led the entire group in taking an Oath for a House United. Following the arrests, children delivered “red hearts of courage” to House leadership and key swing representatives to embolden them to take action for comprehensive immigration reform.

“Women have fought for centuries to be recognized, to have the right to vote, to work and be paid for it, to realize their full potential. We must continue to fight for millions of immigrant women to get that same recognition,” said Terry O’Neill, President of the National Organization for Women. “I am proud to stand with them and demand that the House pass immigration reform that treats women fairly.”

Women who participated in the civil disobedience are demanding that the House of Representatives shows courage in passing fair immigration reform that includes the priorities of women: a roadmap to citizenship for undocumented women, a strong family immigration system which remains the primary way that women obtain legal status, and strong protections for women workers and victims of violence. [pullquote]”Women have fought for centuries to be recognized, to have the right to vote, to work and be paid for it, to realize their full potential. We must continue to fight for millions of immigrant women to get that same recognition,” said Terry O’Neill, President of the National Organization for Women. [/pullquote]

Currently, 51% of undocumented immigrants are women, but less than one-third of employment visas are issued to immigrant women each year. Seventy percent of immigrant women therefore enter the U.S. through the family visa system, which is so backlogged that women and children can wait decades to be reunited with their families.

“I am 11 years old, and I am a U.S. citizen, but I cannot live my life because my father is in deportation proceedings,” said Josie Molina Macaraeg, a leader with the Tennessee Immigrant and Refugee Rights Coalition. “To me, courage is all of the children who go to school every day wondering if their parents will still be there when they come home at the end of the day.  And courage is also my mom, who is here risking arrest today so she can fight for my future, our family’s future, and the rights of all families to be together.”

The civil disobedience action highlights the moral urgency of the call for House leadership to move forward a fair immigration reform bill, rather than inaction or piecemeal and inhumane enforcement bills such as those currently in the House.

This would follow on the Senate’s overwhelmingly bi-partisan passage of a comprehensive immigration bill in June of this year.

“We cannot build a strong country when children and families do not even know what tomorrow will bring,” said Rocio Inclan, Director of Human and Civil Rights at the National Education Association, the nation’s largest union. “The time is now for fair immigration reform that treats women, children and families fairly.”

GetEQUAL is a national grassroots social justice organization whose mission is to empower the lesbian, gay, bisexual, transgender, and queer (LGBTQ) community and allies to take bold action to demand full legal and social equality, and to hold accountable those who stand in the way. For more information, go to www.getequal.org. You can also follow GetEQUAL on Facebook at www.facebook.com/getequal or on Twitter at www.twitter.com/getequal.

No Justice For Breonna Taylor, Murdered by Police