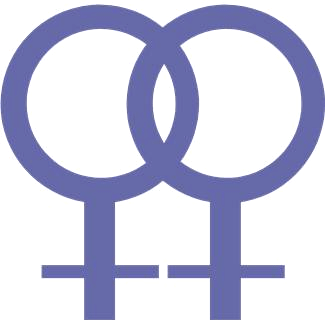 When it comes to heterosexuals and homosexuals, there is a glaringly obvious difference between the two. And, no, it isn’t that gay men are far more likely to do drag than straight men or that lesbians tend to populate drumming circles more than straight women.

Nope, the answer is: relationships. You see, heterosexuals form relationships with people. And homosexuals just have sex with them. This explains why when you go to a heterosexual couple’s home there are frequently photos hung on the wall of the husband and wife, perhaps at their wedding, or maybe a casual snapshot of the two embracing.

However, if you go to a homosexual couple’s house you’ll see that, yes, they also have photos hung on the wall, but unlike the happy vacation photos their opposite-sex counterparts display, gays and lesbians only hang photos of genitalia on their walls. Dick pics and beaver shots plaster every available inch of wall space. Because gays and lesbians don’t “love” other people, they just f@#k them. And then snap a photo of their crotch suitable for framing. [pullquote]But if you dare be public about your sexual orientation, then you are perverse, abnormal, disgusting, and have something wrong with you, according to Rooney.[/pullquote]

Of course, few people outside of the homosexual coven know this closely guarded secret. And it may well have stayed hidden forever if it weren’t for the bravery of intrepid American Family Association blogger Ray Rooney Jr.

On Sept. 6, the AFA website published a blog post by Rooney titled, “The Real Problem with Homosexuality” in which he tore the veil off of this sordid subject.

“What I find perverse about homosexuality is the insistence from the gay community that I should know about their sexual proclivities,” Rooney wrote. “Normal people understand that sex is an extremely intimate and therefore private act. I would find it troubling, if not disgusting, for anyone to talk publicly about what kind of sex they like to practice. Normal people do not want to broadcast to the world the details of their sex lives. There is something wrong with those who want complete strangers to know who they like to have sex with.”

In other words, homosexuals are icky because they just won’t stop it with the sex talk already. It’s as if poor Rooney is trapped in a gay episode of Taxi Cab Confessions.

Keep in mind that Rooney’s criteria for sexual disclose does not apply to opposite-sex couples. A man can hold hands with a woman or display a photo of her and the child they created together on his desk at the office and no one accuses him of shoving his “sexual proclivities” down their throats.

But if you dare be public about your sexual orientation, then you are perverse, abnormal, disgusting, and have something wrong with you, according to Rooney. [pullquote]Keep in mind that Rooney’s criteria for sexual disclose does not apply to opposite-sex couples. [/pullquote]

“I believe homosexuality is wrong,” Rooney continues. “But even though I believe I have good reasons for opposing homosexuality as a normative lifestyle based on science, medicine, and faith, that is not why I strongly oppose it. I believe anyone who insists everyone know what they do in their bedroom and with whom is perverse. Normal people do not define themselves solely on the basis of who they are sexually attracted to.”

First of all, Rooney does not have real, actual science or medicine to back him up. But facts and the AFA have never really cared much for each other, so that’s to be expected.

Secondly, the idea that “normal” people aren’t defined “solely on the basis of whom they are sexually attracted to” is an interesting claim considering how strongly Rooney defends “traditional” (a.k.a. “one penis/one vagina”) marriage. Under his own definition, he is flaunting his sexuality and is therefore a pervert.

Conveniently, Rooney ignores his argument’s flawed logic, choosing, instead, to demonize gays and lesbians by reducing their relationships to some kind of perverted animal instinct. He does not see gays as human and so sees no reason to afford them some humanity. There is definitely something wrong with him .