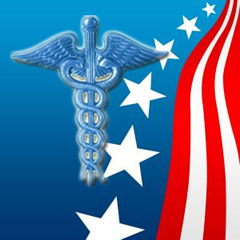 CHICAGO, IL, — Earlier this week in the United States Supreme Court, Lambda Legal filed a friend-of-the-court brief on behalf of sixteen national HIV advocacy organizations in support of the Patient Protection and Affordable Care Act, commonly referred to as the ACA.

“The ACA is a crucial bridge between the current state of the domestic epidemic and a future that is free from AIDS,” said Scott Schoettes, HIV Project Director for Lambda Legal. “When Congress enacted the ACA in 2010, only 17% of people living with HIV had private health insurance — a disheartening statistic given the greatly improved health outcomes for people who have access to consistent care. The ACA finally allows us to reap the benefits of the medical breakthroughs made years ago. With continuing prevention education, early detection, and quality care for everyone living with HIV, we have the power to stem the HIV/AIDS epidemic.”

In March of 2010, the ACA was signed into law, reforming aspects of the private health insurance industry and expanding access to health insurance for millions of Americans. The constitutionality of the law was immediately challenged in federal court in multiple jurisdictions; the United States Supreme Court will weigh in on the appeals in these cases this term and has scheduled oral argument for March 2012.

In the friend-of-the-court-brief filed today on behalf of HIV advocacy organizations including AIDS United, the National Association of People with AIDS, and the Treatment Access Expansion Project (see complete list below), Lambda Legal supports the federal government’s position that the ACA’s minimum coverage requirement (also known as the individual mandate) is constitutional under the Commerce Clause and the Necessary and Proper Clause.

“The ACA’s interconnected reforms, including expanded Medicaid coverage, elimination of pre-existing condition exclusions, and the minimum coverage requirement, are a proper exercise of Congress’s power to address a broken national healthcare finance system and directly expand access to health insurance for millions of people living with HIV,” said Susan Sommer, Lambda Legal’s Director of Constitutional Litigation. “Congress has acted many times in the past to prevent the exclusion of particular groups from interstate markets. It undoubtedly has the power to take such action to allow people with pre-existing conditions, like HIV, to participate in the national health care insurance market.”

In 2006, Massachusetts enacted health care reform legislation similar to the ACA, featuring a minimum coverage requirement and nearly universal access to insurance, including for people with HIV. Between 2005 and 2008, Massachusetts had a 37% decrease in HIV infections while the nation had an 8% increase. Expanded access to health coverage has allowed Massachusetts to focus its federally-subsidized HIV/AIDS programs more on preventive care and related services and less on primary care and the complications associated with an AIDS diagnosis. These changed circumstances in Massachusetts foretell what the nation can expect once the ACA is fully implemented.

In contrast, people living with HIV fare far worse in states that have not adopted health insurance reform or have adopted reforms that do not include an individual mandate. Florida, for example, a state challenging the ACA, has seen far worse health outcomes for people living with HIV. In Florida, 20.8% of citizens are uninsured, compared with Massachusetts’ rate of 5.6%, the lowest in the nation. Florida’s HIV infection rate, 33 of every 100,000 people, is the highest for any state in the nation, and five times that of Massachusetts.

The case is Dep’t of HHS v. Florida. See our case page at:www.lambdalegal.org/in-court/cases/dept-of-hhs-v-florida

To read the brief visit: www.lambdalegal.org/in-court/legal-docs/dept-of-hhs_us_20120113_brief-for-amici-curiae