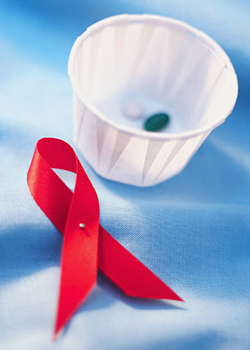 For their study, Brown and colleagues reviewed electronic health records from the Veterans Health Administration (VHA) and identified a cohort of 5,135 transgender patients treated in VHA facilities during the period from 1996 through 2013. They compared the rates of selected mental and medical health conditions in these transgender veterans to the rates seen in a matched control group of non-transgender veterans. [pullquote]The researchers found statistically significant disparities in the transgender veterans for all 10 mental health conditions examined, including depression, suicidality, serious mental illnesses, and post-traumatic stress disorder. Transgender veterans were also more likely to have been homeless, to have reported sexual trauma while on active duty, and to have been incarcerated.[/pullquote]

“This study takes an important step in identifying the nearly global nature of medical and mental health disparities in a transgender population in the largest integrated healthcare system in the United States, but it cannot provide the deeper understanding of the sources of these disparities, which are likely to include a variety of factors,” the researchers noted. “Such factors are likely to include, at a minimum, a history of an unwelcoming environment for transgender veterans at many VHA facilities, lack of knowledgeable clinical staff to provide transgender healthcare, and conscious and unconscious bias from healthcare providers and administrative staff. It is critical to meaningfully and sensitively collect self-identified gender identity information to develop facility-level, regional, and national treatment programs targeted to the needs of transgender patients and to build appropriate clinical capacity within the organization to meet those identified needs.”

The meta-analysis included 113 medical articles published during the period from 2011 through 2013 with information on the following modifiable cancer risk factors among PLWHA: smoking, alcohol consumption, overweight/obesity, and infection with human papillomavirus (HPV), hepatitis C virus (HCV) and hepatitis B virus (HBV). Based on their analyses of the data for each risk factor, the researchers estimated the overall, sex-specific, and HIV-transmission-group-specific prevalence. They then compared the calculated prevalence of these cancer risk factors in PLWHA with published prevalence estimates for the general population of U.S. adults.

PLWHA had substantially higher prevalence of several important cancer risk factors. Please note that in the summary below, the prevalence rate for PLWHA is listed first, followed by the rate in the general population, when available:

“Prevalence of smoking and oncogenic [cancer-causing] virus infections continues to be extraordinarily high among PLWHA, indicating a vital need for risk factor reduction efforts,” the researchers concluded. Risk-reduction interventions for cancer-causing viruses include vaccinations to prevent HPV and HBV infections, as well as treatment for HBV and HCV. They also noted that, “Research is needed to develop effective, tailored smoking cessation interventions, including for sub-populations,” such as persons who inject drugs and gay, bisexual, and other men who have sex with men.

The researchers used their model to calculate changes in these ratios under two scenarios: 1) a continued annual reduction in HIV incidence at the rate that occurred in the U.S. between 2007 and 2010; and 2) an annual reduction in HIV incidence at the 2007 to 2010 rate among Whites (4.2%) and twice that of Whites (8.4%) among Blacks and Hispanics. The authors note that Scenario 2 might correspond to the results of a very successful program to reduce new infections specifically among Blacks and Hispanics.

The researchers noted that, even if HIV incidence among Blacks and Hispanics can be substantially reduced, racial/ethnic disparities in HIV prevalence (PR) are likely to persist for decades. In particular, the number of people currently living with HIV is much greater than the number of new infections. In addition, infected persons can now live long, relatively healthy lives for decades, thanks to advances in HIV care and treatment.

“Significantly reducing racial disparities will require a long period, not just a substantial reduction in HIV incidence rate among Blacks and Hispanics,” the researchers wrote. “The small impact of successful intervention programs on reduction of HIV PR and MRR was demonstrated by the almost negligible differences in the projected PR and MRR between a very successful program (scenario no. 2) and the current projection (scenario no. 1) in our model.”

Further, “Trends in racial disparities should thus be interpreted with caution. First, we should avoid automatically interpreting reductions in PR, IRR, and MRR among Blacks and Hispanics versus Whites as the results of successful HIV interventions, since they may be mainly the results of larger population growth among Blacks and Hispanics. Second, we should avoid automatically interpreting persistently high HIV RR, IRR, and MRR as results of failed HIV interventions, since they may be attributable to higher HIV prevalence among Blacks and Hispanics.” They concluded that, “The public health community should continue its efforts to reduce racial disparities, but also need to set realistic goals and measure progress with sensitive indicators.”

“An ambitious research agenda targeting MSM is urgently needed to develop new and combined preventive interventions, markedly improve access to antiretroviral treatment, and evaluate the role of existing and potentially efficacious prevention tools,” according to the authors of a recent report, Respect, Protect, Fulfill: Best Practices Guidance in Conducting HIV Research with Gay, Bisexual, and Other Men Who Have Sex with Men (MSM) in Rights-Constrained Environments. However, those engaged in such HIV research face enormous challenges, because “in much of the world MSM and other sexual and gender minorities still face violence and discrimination, including discrimination while seeking healthcare, denial of their existence by some states [nations], criminal sanctions, lack of mental health and psychosocial support networks, and social exclusion.” This 40-page publication examines the role of research institutions, community organizations, and other stakeholders in HIV research involving MSM. It provides a series of case studies as well as specific recommendations for working effectively and respectfully with MSM. The report and its best practice guidance are the result of collaboration involving the Foundation for AIDS Research, International AIDS Vaccine Initiative, Johns Hopkins University’s Center for Public Health and Human Rights, and the United Nations Development Program.

The 16th annual National Black HIV/AIDS Awareness Day (NBHAAD) is being observed on Sunday, February 8. As has been the case for the past several years, the theme for NBHAAD in 2015 is: “I am My Brother’s/Sister’s Keeper: FIGHT HIV/AIDS!” According to NBHAAD organizers, the primary purpose of the event is to encourage Black Americans to:

To help you and your patients or clients prepare for and mark NBHAAD, we have compiled an annotated list of online resources focusing on HIV/AIDS in the Black/African American community.

HIV Among African Americans. Fact sheet from the Centers for Disease Control and Prevention (CDC).

HIV in the United States: At a Glance. This CDC report discusses the high rates of HIV infection seen among African Americans.

Diagnoses of HIV Infection and AIDS in the United States and Dependent Areas, 2014. This 123-page CDC report includes detailed information about HIV and AIDS cases and deaths among Blacks/African Americans and other racial/ethnic groups. Breakdowns are also provided by age, gender, HIV transmission category, and geographic region.

Black Americans and HIV/AIDS. This three-page fact sheet from the Kaiser Family Foundation was last updated in 2014. It provides detailed information on HIV/AIDS among Black Americans in the following topic areas: snapshot of the epidemic, key trends and current cases, women and young people, gay and bisexual men, HIV transmission, geographic distribution of cases, access to and use of health care, HIV testing, and opinions about HIV/AIDS.

Black AIDS Institute: The Black AIDS Institute is a leading organization addressing HIV/AIDS among Black Americans. Their website provides detailed information on a range of programs and reports focusing on the impact of the epidemic on the Black community. Recent reports include:

NMAC: The NMAC website has extensive resources in support of its mission to develop leadership in communities of color to end the HIV/AIDS epidemic.

HIV/AIDS Resource Center for African Americans: This section on TheBody.com website has links to numerous resources about HIV/AIDS in the Black community, as well as links to recent news articles, opinion pieces, and personal stories.