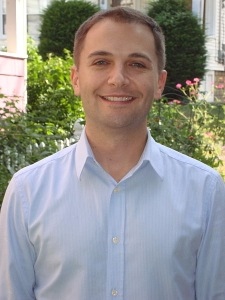 BOSTON, Mass.―AIDS Action Committee of Massachusetts is pleased to announce that it will honor its former CEO Rebecca Haag, MBA; Bisola Ojikutu, MD, MPH, an infectious disease specialist at Mass. General Hospital; and Michael Roffi, owner of Roffi Salon & Day Spa, at the fourth annual celebration of Heroes in Action on Monday, June 23. Heroes in Action honors those who have made significant and lasting contributions to the fight against HIV/AIDS in Massachusetts. The event takes place at 6 p.m. at the EMC Club at Fenway Park.

Rebecca Haag was the President and CEO of AIDS Action Committee of Massachusetts from 2003-2014. She was a member of the core group of HIV/AIDS leaders that advocated for a national AIDS plan during the 2008 presidential elections. As a result of those efforts, the White House in July, 2010 released the nation’s first coordinated, strategic approach to managing the HIV/AIDS crisis in the United States. From 2005 through 2010, Haag also led the Washington, D.C.-based AIDS Action Council, which served as the federal lobbying force for AIDS service organizations nationwide. Under her leadership, the AIDS Action Council merged with The National AIDS Fund in 2011 to form AIDS United, which now serves as one of the most powerful voices on behalf of people living with HIV/AIDS in the country.

Bisola Ojikutu, MD, MPH, is an infectious disease specialist at Massachusetts General Hospital and an Assistant Clinical Professor of Medicine at Harvard Medical School. She is also a Senior Advisor at John Snow Research and Training Institute. Her interests include improving access to care for people living with HIV and addressing the structural factors that promote HIV and STI transmission. Domestically, Dr. Ojikutu’s research focuses on the challenges faced by at risk women and immigrant populations. Internationally, she has worked extensively throughout sub Saharan Africa developing programs to improve health systems and is the founder of the Umndeni “Family” Care Program, which promotes HIV testing and linkage to care in rural South Africa. She also maintains a clinical practice in the Infectious Disease Division at Massachusetts General Hospital.

Michael Roffi is the owner of Roffi Salon & Day Spa on Newbury Street in Boston. He is a master stylist whose clients have included local television personalities and performers such as Tony Award winners Audra Mac Donald, Kristin Chenoweth, and Rebecca Luker; the Boston Pops; Barbara Cook; and Britain’s Dame Diana Rigg. Roffi has leveraged his leadership position in the style industry to raise awareness about AIDS since the mid-1980s. He has long been a leading fundraiser for AIDS Action Committee and other organizations that support people living with HIV. Roffi serves on the AIDS Action Advisory Council, holds an annual cut-a-thon for AIDS Walk Boston & 5K Run, and also leads an AIDS Walk gold team that raises more than $10,000 annually.