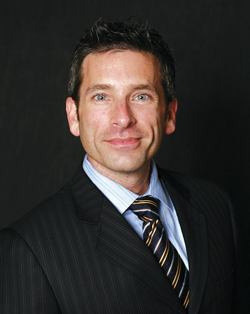 Q: I’m a gay man and have wanted to donate blood for some time. I heard the policy banning blood donations from men who have sex with men may be changing, is that true?

A: Since 1983, gay men have been banned from donating blood – the actual policy says that if you are a man and have had sex with another man since 1977, you are not allowed to give. While intended to minimize transmission of HIV through a blood transfusion, this discriminatory policy is not supported by medical science.

Earlier this year, the Department of Health and Human Services (HHS) asked for comments on a pilot study to assess alternative policies that would allow some gay and bisexual men to donate blood. In the pilot program, men who have sex with men (MSM) would be able to donate blood after a five-year or one-year waiting period after their last sexual encounter with a man. Lambda Legal and a number of other HIV and LGBT advocacy organizations recently submitted comments to HHS about how to improve the pilot program because it does not adequately differentiate between lower and higher risk sexual behaviors and its proposal of a five-year or one-year deferral period isn’t in line with current medical science.

Regardless of sexual orientation, the risk of acquiring a sexually transmitted infection like HIV varies based upon the frequency and type of sexual behavior, as well as an individual’s safe-sex practices. Therefore, screening questions should identify those who are at low risk for HIV and other sexually transmitted infections—including MSM who are in monogamous relationships or those who consistently practice safer sex— and allow them to donate blood.

In addition, Lambda Legal strongly suggests that the waiting period for all donors whose behavior is considered higher risk be consistent with—and not significantly longer than—the “window” period of a blood bank’s testing method.  For some HIV tests, the window period for HIV detection can be as short as three weeks, while other HIV tests have a window period of about three months. For all available HIV testing, however, the waiting period would be considerably shorter than the one-year or five-year delays currently proposed.  Deferral periods that are four to fifteen times the length of the relevant window period will continue to unnecessarily restrict the available blood supply by turning away donors based on stereotypes instead of science.

While no changes have yet been made to the blood donation policy, we are hopeful that HHS will adopt new policies based on current medical knowledge and testing technology, instead of unjustified discriminatory stereotypes about gay and bisexual men.  If you have any questions, or feel you have been discriminated against because of your gender, sexual orientation, or HIV status, contact Lambda Legal’s Help Desk at 1-866-542-8336, or see http://lambdalegal.org/help.