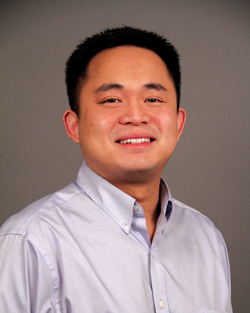 Q: I am an Eagle Scout and I am gay. Having been involved with the Boy Scouts since I was six years old, I would like to become a scoutmaster for my local troop, but I don’t want to hide my sexual orientation. What should I do?

A: Despite how much the world has changed since the founding of the Boy Scouts of America (BSA) over a century ago, so many young men just like you still can’t openly be themselves in one of the largest youth organizations in the United States. Unfortunately, the national BSA has repeatedly said that local Councils must comply with its discriminatory ban on openly gay and bisexual members and leaders, which continues to trouble young scouts and their families across the country. Although the BSA is an organization that teaches the value of respect for others, and not about discrimination, openly gay scouts continue to be punished for standing firm for the values they learned to uphold.

Lesbian, gay or bisexual individuals involved with the BSA have to make a difficult personal decision about whether or not to disclose their sexual orientation and risk retaliation or expulsion. While public opinion increasingly does not support the BSA’s continued discriminatory policy, the law does not currently prohibit it.

Back in 1992, Lambda Legal filed a landmark case on behalf of Eagle Scout James Dale against the BSA and its local Scouting Council in New Jersey, after the BSA barred Dale from continuing to serve as an adult scout troop leader because he is gay. Lambda Legal argued his case all the way to the U.S. Supreme Court, which, in 2000, held that the BSA is a private group whose Constitutional right of expression allows it to exclude openly gay people from its adult leadership positions.

Since the Supreme Court’s ruling, families, parents, religious groups, corporations, cities, and schools have determined that anti-gay discrimination is unhealthy for all kids and ended their financial and other support for the BSA. Lambda Legal continues to assist those who are choosing not to support that discrimination.

In 2010, Lambda Legal filed a friend-of-the-court brief to support the City of Philadelphia’s decision to stop subsidizing the Cradle of Liberty Council of the BSA’s harmful discrimination. The brief argues that although the Boy Scouts are entitled to express their beliefs, as recognized in the Dale case, discrimination nevertheless causes harm.  The City of Philadelphia is not required to continue to subsidize the local Boy Scouts Council’s discriminatory conduct by giving it exclusive, rent-free use of a city-owned building on the taxpayers’ dime.

The BSA is entitled to its harmful and discriminatory membership and leadership restrictions, and has chosen to continue them, resisting the efforts of many people – including many former boy scouts and adult scout leaders – to change them.  But the Constitution does not require that antigay groups receive public subsidies to facilitate their discrimination.

Please note that this is not legal advice. If you are concerned about legal issues like government subsidizing the Boy Scouts in your town, contact Lambda Legal. Call our Help Desk at 866-542-8336, or see www.lambdalegal.org/help.