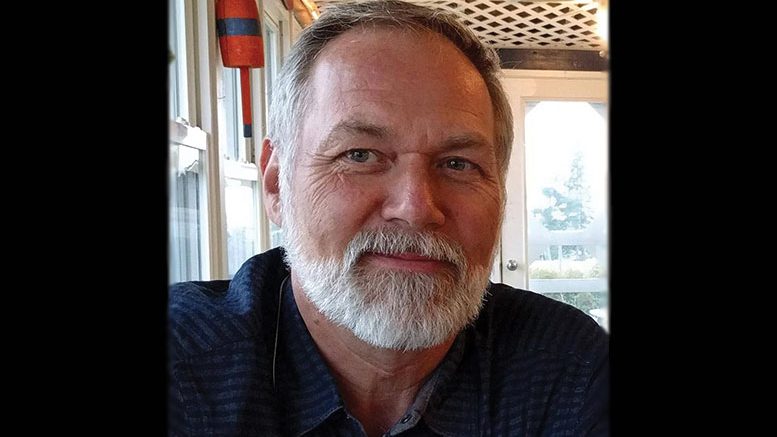 Anti-LGBTQ “Christian” Scott Lively at it again; spewing hate as he talks “God” and punishment

Once upon a time in a land far, far away—aka Germany—there was an ambassador from the United States. That man “represented our country exceedingly well” according to Donald Trump, and so he was named acting director of national intelligence.

And that man was gay. Is gay. This is actually present tense. Richard Grenell is acting director of national intelligence and also a gay.

Reuters describes Grenell as “a strong supporter of [Trump’s] policies,” which explains why Trump was willing to look past the gay thing. Loyalty to Trump trumps all.

Rumor has it that Grenell was known in Germany to be kind of a jerk. According to Reuters, a German lawmaker told them, “His actions have an audience of one: the U.S. president.”

Anyway, as you might imagine, there are people upset with Grenell’s new gig. And they should be. After all, Trump’s policies are cruel, short-sighted, woefully uninformed and serve one thing, and that thing is Trump’s ego. So, since Grenell is a big fan of these policies: boo.

Ah, but you might imagine that there are some who have a problem with Grenell simply because he is gay.

Scott Lively calls Grenell a “homosexual Trojan horse.” I’m not sure what that is, but I’d like to think it is a giant wooden horse that, instead of being filled with Greek soldiers, is filled with nothing but condoms and dicks. Honestly kind of shocked the Trojan condom company hasn’t already done this as a giant promotional event. If they ever do, I want credit.

Grenell should have “kept his sexual proclivities to himself,” Lively writes. But he didn’t. And by being an out gay man “he crossed the line from expecting reasonable tolerance from our genuinely magnanimous live-and-let-live society to demanding public acceptance.”

And Lively has no intention of every accepting homosexuality, something he claims is an attack on “the natural family of one man and one woman united in life-long monogamous heterosexual marriage.”

In fact, Lively claims that “acceptance” of homosexuality will eventually lead to “forced participation in LGBT culture” and the “punishment of dissenters.” And by that, I think Lively means that men like him will one day be forced to compete on “RuPaul’s Drag Race” and will ultimately be punished by having to “sashay away.”

But don’t get Lively wrong.

“I’m not saying that a homosexual can’t be a conservative,” he wrote. “I’ve known many.”

The problem is the “openly declaring oneself homosexual instead of keeping one’s sexual issues private” part, which kind of makes me skeptical about his “I’ve known many” claim. If these gay conservatives were out to him, then they are by Lively’s definition an unwitting arm of the progressive movement, “carrying the progressive agenda behind enemy lines.”

Like, you know, a horse filled with condoms and dicks.

So, like, how does Lively know these gay conservatives if being gay is a deal-breaker for him? Does he just have really good gaydar? Do they just present with better grooming habits and fashion sense? I seriously want to know. Lively, DM me.

“Richard Grenell is a Trojan Horse,” Lively wrote. “President Trump should not trust him and neither should we Deplorables.”

Interesting that he should mention that, because you may recall that Trump pretty much hates the national intelligence community because they have facts that conflict with Trump’s alternative universe. Lively is telling his followers that they shouldn’t trust Grenell even though Trump literally chose him because he’s a yes man, living in the same alternative universe as Trump. So everyone in the U.S. should sleep very soundly because what harm could possibly come from having our national security in the hands of people who don’t know anything but think they know everything?

I agree, no one should trust Grenell. No one should trust Trump, either, but you’ll recall that Lively referred to Trump as a “hero.” So. Gays? No. Adulterers and accused rapists? A-OK. It’s all in God’s plan.

Meanwhile, your plan should be to vote. Vote this entire corrupt administration out. Check to make sure you’re registered to vote at vote.org/am-i-registered-to-vote right now. And if you’re not, register, damn it.

More stories from The Rainbow Times, through the years, about Scott Lively can be read here.