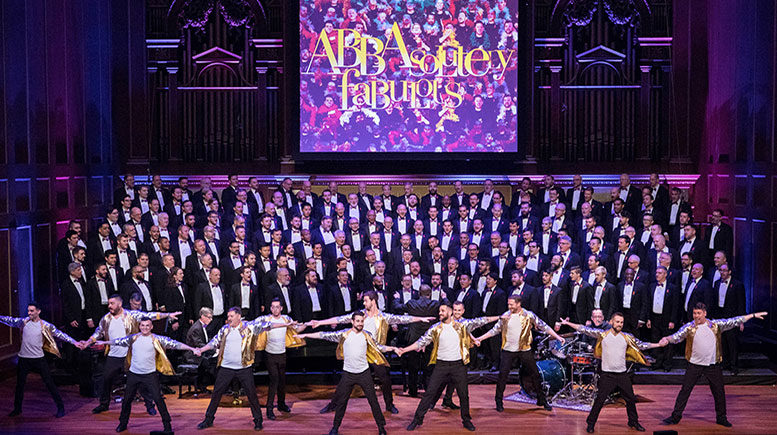 Boston—The Boston Gay Men’s Chorus (BGMC) proudly presents “God Save the Queens,” a fun-filled, cheeky celebration of rock and pop royalty from across the pond. Coinciding with the start of Boston Pride Week, performances will take place Friday, May 31 and Saturday, June 1 at 8 p.m. and Sunday, June 2, at 3 p.m. at New England Conservatory’s Jordan Hall in Boston.

“From the Beatles and Bowie to Adele and Amy Winehouse, ‘God Save the Queens’ showcases some of the most influential artists and sounds in pop music from the last 50 years,” said Reuben M. Reynolds, III, the Chorus’s music director. “These are the songs that generations of LGBT people worldwide have danced to, cried to, and come out to—among many other activities that I won’t mention here.”

“God Save the Queens,” will feature songs spanning the British Invasion of the mid-1960s, the glam and New Wave years of the 1970s and 1980s, the rise of the Spice Girls in the 1990s, and the arrival of the likes of Coldplay, Amy Winehouse and Adele in the first decade of the 2000.

Expect BGMC’s theatrical blend of homage, class, and camp in performances of classics including the Beatles’ “Good Day Sunshine,” Petula Clark’s “Downtown,” “It’s Not Unusual,” by Tom Jones and Sir Elton John’s “Candle in the Wind,” alongside iconic tunes like Culture Club’s “Karma Chameleon,” “Sweet Dreams” by Eurythmics, and Wham!’s “Wake Me Up Before You Go-Go.” Of course, there will be Queen’s iconic anthems “Bohemian Rhapsody” and “We Will Rock You/We Are the Champions.”

The performances will take place at the start of the annual Boston Pride Week, the city’s annual celebration of the LGBTQ community, which begins with a flag raising ceremony May 31 and culminates in the Boston Pride Parade on June 8.

“There really is no better way to get in the spirit of Boston Pride than with 200 singing queens,” said BGMC Executive Director Craig Coogan. “Especially when they’re performing songs by the Spice Girls.”

The British are coming! The Boston Gay Men’s Chorus sing the hits of rock and pop royalty from across the pond. Get ready for an invasion that’s so lush, so flashy, it edges on revolutionary.

Boston Gay Men’s Chorus creates musical experiences to inspire change, build community and celebrate difference. The BGMC is one of New England’s largest and most successful community-based choruses. Founded in 1982, the 200-voice ensemble is celebrated for its outstanding musicianship, creative programming, and groundbreaking community outreach. Under the dynamic leadership of Music Director Reuben M. Reynolds III, the BGMC sings a wide spectrum of classical and popular music and creates social change by providing a positive, affirming image of the gay and lesbian community. The Chorus is heard live by more than 10,000 people each season and thousands more through recording, television and internet broadcasts. CBS-WBZ named The Boston Gay Men’s Chorus one of the “top five” choruses in the city of Boston. BGMC are Cultural Ambassadors – being the first LGBT chorus to perform in Poland in 2005, the Middle East in 2015 and in South Africa in June 2018.