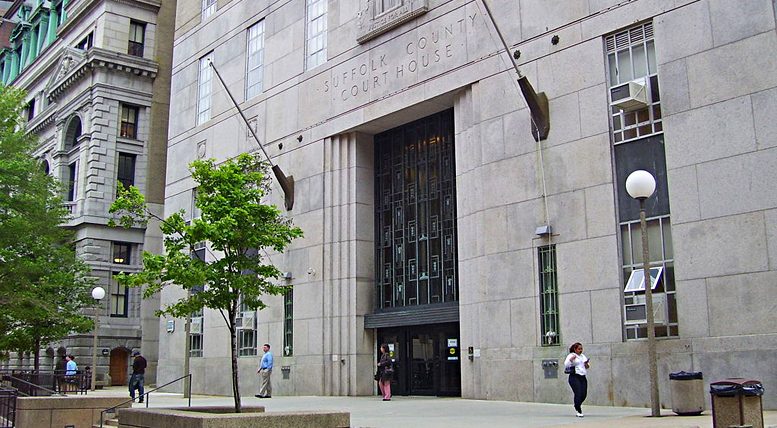 At his arraignment, D’Orsainville’s defense attorney suggested that the three victims had “buyer’s remorse” when they reported being drugged and robbed of their belongings, according to the Suffolk County District Attorney’s Office.

“…the victims in this case were targeted because of their sexuality, drugged against their will, and robbed of their belongings,” said a spokesperson for the DA’s Office. To call their reaction ‘buyer’s remorse’ is to suggest they bear responsibility for the crimes committed against them, which we find offensive.”

BOSTON, Mass.—Boston Police and the Suffolk County District Attorney’s Office have secured an indictment of a suspect who allegedly drugged and robbed at least three gay men in the Boston area between March and April 2013.

According to the Suffolk County District Attorney’s Office, during the spring of 2013, Riccardo D’Orsainville, 50, of Norwood, is said to have orchestrated three separate meetings with gay men in the Boston area. D’Orsainville reportedly imitated a European accent and claimed to be wealthy in his interactions with the victims. After being invited back to their homes, the District Attorney’s Office alleges that he drugged his victims and then proceeded to rob them of thousands of dollars worth of valuables including expensive clothing, artwork and sculptures. On Friday, D’Orsainville was indicted by a Suffolk County grand jury on one count of kidnapping and three counts each of poisoning, larceny over $250, and receiving stolen property.

“This case was particularly troubling to me due to the circumstances involved in these incidents,” said Boston Police Commissioner William B.Evans. “I would like to acknowledge the great work of my detectives and prosecutors from the DA’s office who worked very hard to get justice for these victims.”

D’Orsainville was apprehended after an acquaintance of one of the victims provided his name to the authorities. Boston Police then executed a search warrant and found the stolen clothing and artwork in D’Orsainville’s home.

D’Orsainville has been held on a $250,000 bail since February for a separate larceny charge. He will return to Boston Municipal court on June 16 to face that larceny charge, but has not yet been arraigned in Suffolk Superior Court for his arrest in the three robberies in 2013.

In March, the Suffolk County District Attorney’s Office and the Boston Police Department requested help from the LGBTQ community in encouraging any other alleged victims to come forward.

Frank Fernandez, D’Orsainville’s attorney, declined to comment on behalf of his client.