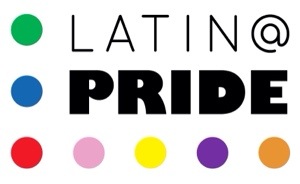 BOSTON, Mass.—Boston’s Latin@ Pride celebration—which has been honored to coincide with Hispanic Heritage Month in September in past years—undergoes changes as its organizing entity, Boston Pride, looks to create a Latin@ Pride event during Pride Week in June.

“Boston Pride continually strives to be inclusive of the entire LGBT community throughout the year,” said Linda DeMarco, president of Boston Pride. “We want to give the Latino LGBT community the best place to showcase their Pride by including Latino@ Pride during Pride Week. We hope to raise awareness of Latino@ Pride by having a strong presence at our June celebration.”

When asked if Boston Pride will still be holding events for Latin@ Pride in September, Boston Pride Board Member Marco Torres stressed that the organization is looking for committee members to help with that decision.

Torres added that pending the discussion, having a weeklong celebration in September is not guaranteed, but that the organization “will be doing something.” Torres said he is currently trying to reach out to get members of the Latino community involved in planning a June event.

Co-founder of Latin@ Pride in Boston, Wilfred Labiosa, is former vice president and board member of Boston Pride and current regional representative to the National Board of Unid@s: The National Latin@ LGBT Organization and board member of MassEquality. The group Somos Latin@s LGBT Coalition founded Latin@ Pride and Unid@s. Labiosa said that though Somos Latin@s no longer exists, its members continue advocacy work under other local LGBT and Latino organizations.

“It was—and still is—important to represent the diversity of the Latin@ and LGBT communities so that society can see that there is representation of all ‘at the table,’” said Labiosa. “I had noticed—and still do—that many organizations do not include the Latin@ LGBT community when making decisions, developing strategies nor creating programs. Things are changing, but slowly. As my colleague Mariela Castro-Espin stated: ‘The world is never ready for change. For that reason, one needs to provoke it so that everyone has the right to that safe ‘space’ where one feels comfortable and good.’”

Labiosa said that Boston Pride has always wanted to incorporate diverse events during the week of Boston Pride.

“Although this change is occurring in 2014, I believe that Latino@ Pride should still have a separate time to celebrate the diversity and showcase the richness of the Latin@ LGBT culture, either in May or in September,” said Labiosa.

Labiosa noted that Latin@ Pride has changed dramatically over the years from one or two events to a weeklong calendar of events.

“It began in the pageant scene and with a public health prevention message, and now it has changed to include a wide array of events, even before Boston Pride began to manage Latin@ Pride,” said Labiosa.

“This year is the 10th year anniversary of this celebration and although many forgot this important anniversary, it is an important one as it is the longest and oldest celebration of its kind in the U.S.”

Labiosa said that in the future, he hopes Latin@ Pride will continue to be celebrated and showcased on its own.

“I believe that the Latin@ LGBT community deserves it, but more individuals need to step-up and volunteer to help plan these events,” said Labiosa. “It was hard back when we started and it still is. They also need sponsors that can step-up and support Latin@ Pride. It is a lot of work, but at the end it pays off. I always stated to the team that if we make the difference in one person’s life, then it was well worth the work. There are so many Latin@ LGBT folks and Latin@ allies that say thank you to me for formalizing this event in the area. For many, it was the first time that they met others like them in a safe environment and for others, it was the first time that they saw the diversity of the Latin@ community in action. For the future, I just hope and wish that Latin@ Pride continues. I want to celebrate the 15th and 20th year anniversaries!”

Labiosa also noted that he believes a new generation should plan Latin@ Pride and Boston Pride, and that while he continues to attend the events, is now focused on the national level with Unid@as and the local level with MassEquality.

Torres invited any individuals, whether or not they are Latin@, who want to get involved to reach out to him directly via email at mtorres@bostonpride.org or get involved in the Boston Pride Week Committee by attending their meetings.

“The more people we have, the better it will be for the entire community,” Torres said.