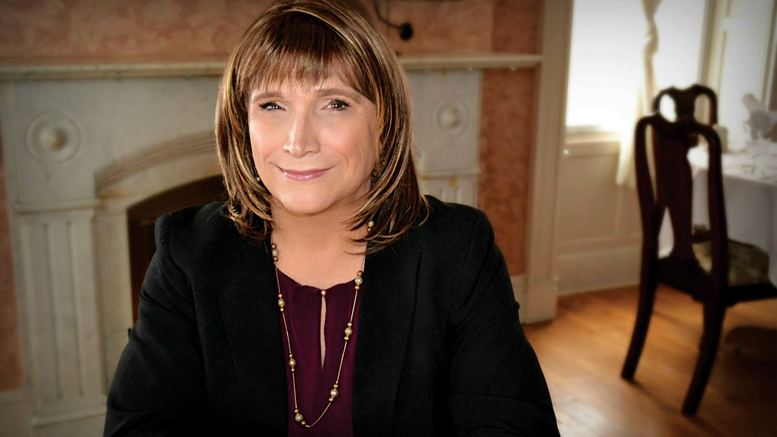 MORRISVILLE, Vt.—In the current political climate where the transgender community is often targeted and repeatedly legislated against by the presidential administration and mostly right-wing attitudes and politicians, it is a contentious time in our country’s history. Such a tumultuous period prompts some to run away from the firestorm and others to run into it. A transgender Vermonter and gubernatorial hopeful, Christine Hallquist, runs toward it at full force.

In this exclusive Q&A with the once Republican turned Democratic hopeful, The Rainbow Times caught up with Hallquist to see just where her politics, achievements and life lessons have taken her as she aims for Vermont’s highest office. Fueled by the dismal trajectory of the country, Hallquist has stepped up to the plate. “I can’t be a Republican today,” Hallquist said to NBC5. “It’s like kissing the ring of your oppressor. The (national) GOP platform is anti-LGBT, and anti-other minorities.”

Though Hallquist, 61, has made clear she is not running for office based on her gender identity, this trailblazer represents a beacon of hope for the LGBTQ community through her politics, accomplishments, and visibility. If Hallquist clenches the governorship, she would be the first transgender governor in the country.

And, here’s what she said.

The Rainbow Times: What has motivated you to run for office at this time?

Christine Hallquist: November 9, 2016, changed everything for me. America elected Trump and Vermont elected a Republican governor because he was a “nice guy.” I knew right away Donald Trump would attack the LGBT community as he simply does not like anyone who is different than him. I was depressed for a few months and then joined 650,000 for the Women’s March in DC the day after Trump’s inauguration. I then went to DC for the climate march. I did a lot of marching over the next year. However, things have only gone from bad to worse. In January of this year, I made a decision. It was similar to decisions made by generations before me. I would give up everything for our future.

Our Vermont governor is still a nice guy. However, Vermont currently has an identity crisis under our current governor. We used to be leaders. We will return to that leadership position. We can pull together with other like-minded states and reverse the negative headwinds out of Washington. We can make Vermont a place of prosperity. We need a bold, courageous and visionary leader. Simply being a nice guy just doesn’t cut it with what is happening today.

Q: Are you concerned about the impact that being transgender will have on your race? How do you anticipate it helping or hindering your campaign?

A: I am not concerned as I know that I have no control over how others think. I have consistently stated in my media interviews that I hope people do not look simply at identity politics. I don’t really want people to just vote for me because I am transgender, or simply reject me for being transgender. I want them to look at my resume, how I view the issues and my policy. That said, I know there will be some strong opinions on both sides.

Q: What do you say to other LGBTQ, or specifically trans youth, who have similar dreams and aspirations that you have to run for public office?

A: I tell trans and LGBTQ youth that the most important thing they can do is work on their own self. They need to learn how to be highly confident and proud of whom they are before they take any job, including running for office. People vote (and hire) people who they like and trust. You really do have to love yourself first. If you can’t love yourself, you will not be able to love others. If you love others, even when they are going after you, you will prevail.

Q: What is the best piece of advice, professionally and personally, that someone has given you?

Q: You are passionate about climate change. Vermont Electric Cooperative grew to be the state’s second-largest electric utility company with you at the helm as CEO. What are your most proud professional achievements and how will they help you to run the governor’s office effectively?

A: I have demonstrated that the electric grid can solve climate change now and it does not cost more money. It requires a change in technology. I worked closely with our legislature and the regulators to design the most progressive legislation in the country in terms of solving climate change. Vermonters are very aware of the success of our company and my leadership. I was able to achieve this because our company attracts great employees who are committed to a great mission. The reason for this is that I do not believe in command and control leadership. Command and control leadership is fine during power outages and fires, but the rest of the time you have to engage people in a compelling vision using distributed leadership so people can have the power to carry out their ideas. People will give their emotional energy when they are engaged. I think this will work very well for my leadership for the state.

Q: If you had to pick the top 3 issues of most importance to you, as they relate to running the state, what would those issues be?

A: Those top issues would be 1. Rural economic development—which would include connecting every home and business with fiber optic communications to enable connectivity at the speeds urban dwellers enjoy. This goal also includes continued improvement of Vermont’s excellent education system; 2. Continue to work towards single-payer health care. The U.S. spends 18 cents of every Gross Domestic Product dollar on health care while European countries spend 8 to 9 cents and get better results; and 3. Continue [to] accelerate Vermont’s great work on solving climate change.

Q: You’ve mentioned that you would take Vermont in a different direction than the current administration. What does Vermont under the direction of Christine Hallquist look like?

A: As CEO of Vermont Electric Cooperative, I personally met with every one of our 107 employees once a year so they could review me on my performance. I told them I was responsible for three things—the reputation of our company with Vermonters; making sure we are secure financially and have the money we need to do our jobs, and [enrich] the company culture. How does it feel to work here? I carved out 30 percent of my time to spend with our employees. While I cannot meet every person in the state, I would continue with a similar practice. We will be the most transparent and accessible administration that Vermonters ever dreamed of.