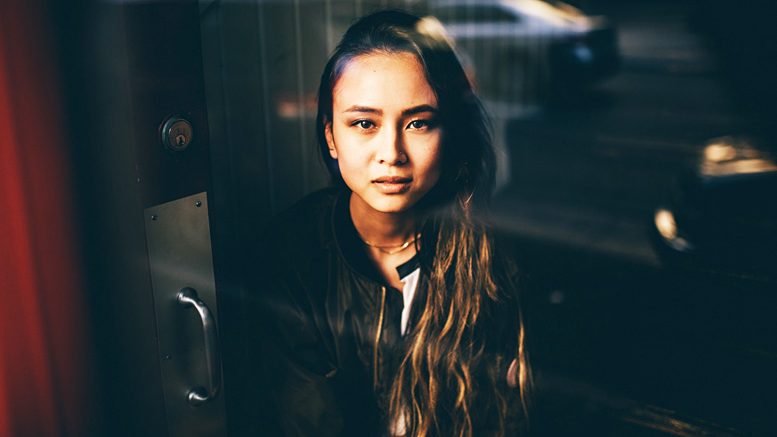 Over the past several weeks, Trump has referred to the Coronavirus (COVID-19) as the Chinese virus at multiple press briefings, despite being questioned by the media about his motive to do so. In his typical bombastic style, he continues to declare it as such.

Notwithstanding being told by the scientific and medical community that this is not a “Chinese virus,” and should not be termed as such, his divisive and hateful rhetoric continues … even today. The result of such rhetoric should not be surprising to anyone. Asian Americans are increasingly attacked, verbally and physically, as a result of Trump’s inept leadership, pitting Americans against each other at any opportunistic moment he gets, even signing discriminatory executive orders, as reported by The Rainbow Times. The targets have always been Americans belonging to marginalized groups while encouraging white nationalism and supremacy every step of the way.

As reported by the FBI near the end of 2019, hate crime violence hit a 16-year high. According to the data, it was also found that the groups experiencing the surge of hate violence were also the same groups under attack by Trump—African Americans, the LGBTQ community, religious minorities, Latinx people, disabled people, and so on. What our leaders say matters. Their words can inspire hope and optimism or despair and hate.

Recently, the FBI warned that hate crimes against Asian Americans are likely to rise as the coronavirus pandemic spreads throughout the country and that has, indeed, taken place as this pandemic continues to unfold.

“The FBI assesses hate crime incidents against Asian Americans likely will surge across the United States, due to the spread of coronavirus disease … endangering Asian American communities,” read the intelligence report in a story published by ABC News, compiled by the FBI’s Houston office and distributed to local law enforcement agencies across the country. “The FBI makes this assessment based on the assumption that a portion of the U.S. public will associate COVID-19 with China and Asian American populations.”

Co-executive director of Chinese for Affirmative Action, Cynthia Choi, whose organization is a part of a coalition that started tracking attacks against Asian Americans related to the coronavirus epidemic said that within 24-hours of launching the trackers, 40 reports of violence were received.”

As time has gone on, those incidents have amped up, which should be to no one’s surprise. As usual, Trump is compounding the matter, intentionally, sowing further divisions amongst Americans. His regime enables it.

“I talked to a woman several days ago who was accused of bringing the coronavirus to this country and was spat on by a stranger on the street,” in San Francisco, Choi said to Bay Area News Group. “Incidents like that, are part of a troubling trend of racism, xenophobia and discrimination directed at Asian Americans and Pacific Islanders in the Bay Area and nationwide over COVID-19. The virus, which does not have any connection to race or ethnicity, was first identified in China before quickly becoming a global pandemic that has infected tens of thousands of people in Europe, the Middle East and North America.”

The reality that science has revealed, a concept Trump’s entourage doesn’t seem to believe in, traced the roots of the coronavirus back to Europe where it originated, not China. Despite the findings, the Chinese are still being blamed, causing increased anxiety and stress for Asian Americans during an already tumultuous time, at best.

“In New York City, the Commission on Human Rights, which investigates incidents of harassment, discrimination and bias, has received a ‘sharp increase’ in calls about COVID-19 related discrimination that includes incidents of bias against Asian Americans,” spokeswoman Alicia McCauley said to USA Today. “McCauley said she’s unable to give an exact number, but the agency is receiving calls daily.

“The New York Police Department is investigating an attack against a woman who was yelled at and assaulted at a subway station. A viral video shows the woman, who appeared to be of Asian descent and was wearing a mask, running as a man chased and struck her.”

Using the Asian community as a scapegoat for the presidential administration’s incompetence to foresee a possible pandemic, is not acceptable on any level. The coronavirus is just that, a virus that impact us all regardless of race, ethnicity, religion or creed.

If Trump’s “regime” is going to blame anyone, they should blame themselves. Not only have they intentionally misinformed the public of the seriousness of the pandemic, they disbanded the National Pandemic Response team established by President Obama and “fired” by Trump in 2018, which has cost thousands of lives all reaching every corner of the country. While Trump rampantly continues to cast blame on others, he needs to look no further than his own reflection in the mirror.

Had the Trump administration been up to snuff, lives would’ve been saved, families would not be terrorized or paralyzed out of fear, the people of this nation would not be dying in American hospitals without their loved ones by their side and counting on their medical team to be there for comfort on their last breath. That thought alone likely terrifies anyone and yet it is happened to thousands across this nation.

If the U.S. had responded appropriately, we would have been ahead of the catastrophe—a potential disaster that Trump knew about prior to taking office.

“A week before the Trump administration took office in January 2017, Obama administration officials focused on the dangers of a pandemic in a briefing for top Trump aides,” according to Politico. “One of the possible scenarios sketched out included a fast-spreading global disease leading some countries to impose travel bans.”

As to the reality of which we are all living today, Trump was briefed about this specific outbreak as early as November.

“As far back as late November, U.S. intelligence officials were warning that a contagion was sweeping through China’s Wuhan region, changing the patterns of life and businesses and posing a threat to the population, according to four sources briefed on the classified briefing, ABC News reported.

The real culprits here are the Trump administration and Fox News, both of whom have intentionally misinformed the public about this virus by downplaying it, even mocking the seriousness of what we all were about to face. Fox News’ Sean Hannity was perhaps the worst offender, blatantly lying to the news outlets’ 2.5 million viewers per night, the top-rated basic cable network. As journalists, credible media, we have an obligation to report facts. Fox News strayed from that basic tenant a long time ago. It has become a right-wing machine, spreading propaganda and misinformation to the public for years.

According to countless experts, had we taken it seriously then, we wouldn’t find ourselves in the same despair now. The only thing Trump seems to take seriously are his business interests, money and white nationalism. Yet, some businesses will never recover from this pandemic, forcing them to close their doors forever. Then again, Trump was never a businessman; he is a con man, whose con has cost us all far too much already.

*Nicole Lashomb is the Editor-in-Chief of The Rainbow Times and Co-Executive Director of Project Out. She holds a BM from the Crane School of Music and an MBA from Marylhurst University. To reach Nicole, email: editor@therainbowtimesmass.com