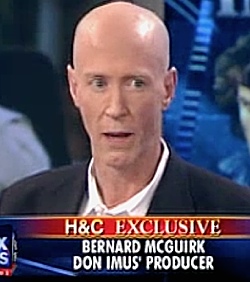 December is upon us, dear readers. The halls are getting decked, gay apparel is being donned, people are striking harps and joining choruses, and a certain jolly bear of a man is making a list and checking it twice. The weather outside is getting frightful and the fire inside is getting delightful.

That’s right, folks. It’s beginning to look a lot like the War on Christmas(TM), everywhere you go. That is, if the only place you go is FOX News. Still. ‘Tis the season for battle.

Now, it is totally possible that you did not even know there was a war on Christmas in the first place, much like how it’s easy for many of us to forget that there’s a war in Afghanistan because we don’t have to sacrifice a damn thing save tax money. But if you watch FOX News then you know that the War on Christmas(TM) is the more important of the two wars because it’s happening on our own soil and is being waged by Americans.

At least, they claim to be Americans. Except they apparently hate Christmas, specifically the baby Jesus. I mean, He’s a baby for God’s sake! What kind of monsters are these people?

It’s a good question, and one Bernard McGuirk, executive producer of Imus in the Morning, answered on a recent episode of The O’Reilly Factor. According to McGuirk, “The War on Christmas(TM) is very, very real, and if you ask me, in addition to some grouchy misanthropic heathen atheists it has to do – at the root of it – with two things – abortion and the gay rights agenda, because Christianity is against those things. It’s subtle but that’s why it’s so pronounced in recent years.”

To this nonsense, Bill O’Reilly enthusiastically responds, “Hundred percent agree. I absolutely agree 100 percent that the diminishment of Christianity is the target and Christmas is the vehicle because the secularists know the opposition to their agenda … comes primarily from the Judeo-Christian traditionalist people.”

Now, blaming the War on Christmas(TM) on atheists is nothing new. After all, atheists are known for being very outspoken about what they don’t believe unlike Christians who known for being very timid about what they do believe. Christians in the United States are a persecuted majority, after all. They never know when they’ll walk into a Home Depot and see a 7′ artificial Dunhill Fir maliciously labeled a “Holiday tree” or have some Jesus-hating store clerk wish them “happy holidays,” which is essentially the same thing as saying, “I wish Jesus had never been born.”

But while “grouchy misanthropic heathen atheists” are foot soldiers on the frontlines, it’s the homosexuals and abortionists who are more of the masterminds, sitting up in a control center somewhere having gay sex and/or aborting babies.

And definitely hatin’ on Christmas.

According to one FOXNews.com opinion writer, “Atheists are combing every schoolhouse, statehouse and house of worship to destroy the spirit of Christmas.” And do you know why they’re doing this? They’re just following orders from their homosexual abortionist commanders who use Nativity figures confiscated from City Hall lawns across the country to build life-size Abortionplex scenes and Gay Dance Party mangers across this great land.

Oh, and in case you’re thinking, “But wait, I’m gay and I celebrate Christmas … ” I have two words for you: undercover operative. Now hush and remember: loose lips sink sleighs.

AG Healey on the House Passage of the Contraceptive Access Bill