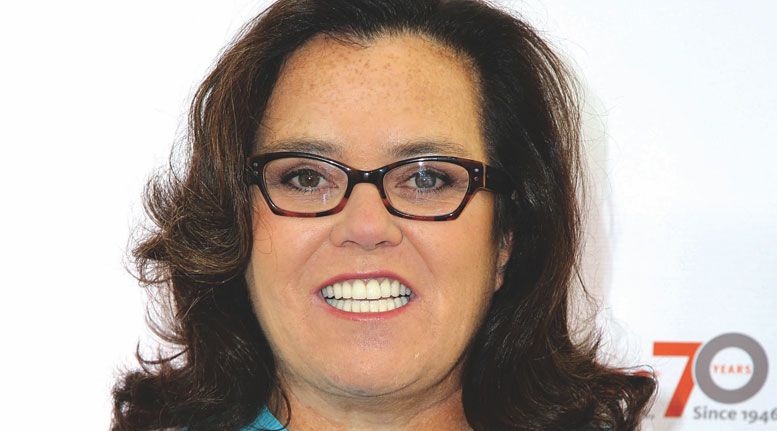 Rosie O’Donnell joins SMILF, American Gigolo on its way and Ocean’s Eight is a Carol reunion.

Back in 2014, before the world began falling apart in earnest, there were rumblings about a TV series based on the 1980 classic glamour-noir film American Gigolo. And then… nothing. Blondie waited and waited for the project to move ahead and license “Call Me” all over again, but those royalty checks didn’t materialize. Well, now it’s the end of 2016, and it appears that the trick that we were sure flaked on us is back making noise about “bringing pleasure” once again. Perhaps buoyed by the critical success of The Girlfriend Experience, the series based on Stephen Soderbergh’s film of the same name, Showtime is moving its own project an inch forward and has brought in Neil LaBute to direct the first episode of Gigolo. No cast yet, but we do know that the action has been updated to present day. That means our dreams of early ’80s/Giorgio Armani/post-disco elegance have been dashed, but it also might mean that sex work won’t be portrayed with a retro mindset mired in silliness, seediness or the creeping homophobia that marred the original film. Now it’s on casting to find us a hot dude we can all objectify. Showtime, you may proceed to pleasure us.

Ocean’s Eight is a Carol reunion and so much more

The all-female Ocean’s Eight, a sequel to the boys club (plus Julia Roberts) heist comedies, is charging full steam ahead, and it’s bringing us a lot of anticipatory comfort and joy. On the heels of the all-female Ghostbusters, this sequel’s woman-centered story has yet to arouse the ire of infantile internet misogynists, which is heartening, but the biggest story for queer filmgoers right now is its cast. The film stars Rihanna (who recently, and gloriously, was seen wearing a t-shirt with an image of herself wearing a Hillary Clinton t-shirt, which makes Ri a one-woman Inception, and we’ll stop at “YASSS” with three s’s for now, out of journalistic prudence) and some other people named Sandra Bullock, Helena Bonham Carter, Dakota Fanning, Mindy Kaling, and Anne Hathaway. There’s even a Carol reunion of sorts, with the inclusion of Sarah Paulson and Cate Blanchett, and we hope they play actual girlfriends this time around. To top it off, for in-the-know consumers of alt-comedy and oddball hip-hop, comic actress/rapper Awkwafina (aka Nora Lum) will be making some sort of appearance here, too. Get all the money, ladies, we’re rooting for you. Or, at least we will be rooting for you far off in the dystopic futurescape of June 2018 when this thing finally drops in theaters.

The U.S. now has acclaimed dramatic shows like Transparent, sweet reality series such as I Am Jazz, and breakout indie films like Tangerine, all of which approach the subject of transgender people’s lives with care, intelligence and dignity. But in other countries around the world, media that deals with the broad spectrum of trans experience is often still in the “please understand” stage. Not ideal, but it’s a start, and it’s a hopeful one. Now, Chinese filmmaker Zhang Wei, a writer-director-producer best known for socially conscious dramas like 2014’s Factory Boss, will begin shooting The Rib in 2017. The film will deal with the family life of a transgender teenage girl, her decision to transition, and her struggle to be accepted by her devoutly religious mother. No cast has been named yet, but keep an eye out sometime in 2018 for this one if you’re the kind of filmgoer who jumps at the chance to see foreign language movies at festivals and arthouses.

Rosie O’Donnell, the American hero who first exposed the nasty misogyny of our incoming President, is coming back to TV when we need her most. She’s been cast in Showtime’s sitcom SMILF from creator Frankie Shaw (based on her short film of the same name).  Set in Boston, the show will revolve around Bridgette (played by Shaw), a single Millennial whose quest for career and satisfying sex crashes headfirst into the complications of also being a young mother. O’Donnell will play Tutu, Bridgette’s socially unconventional mother who does her best to be there for her daughter and grandson. Right now this one is in the pilot stages, which means it might or might not come to series. So, fingers crossed – we could always use a Gilmore Girls with Southie accents.