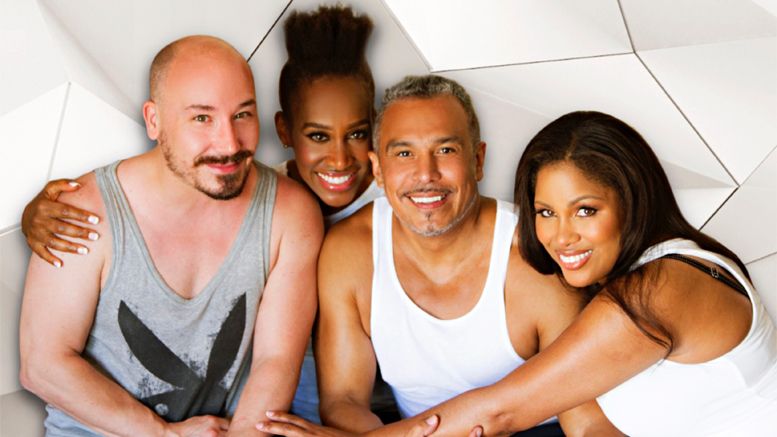 Three of the biggest names in club music are sending love to Orlando, releasing a music video and song to help victims of the Pulse nightclub shootings. Tony Moran, Nicki Richards and Zhana Roiya are uniting on a remake of “High”, the inspirational track about rising above adversity, originally recorded by the Lighthouse Family. The song has long been a celebrated LGBTQ anthem.  Moran sings on the new version, along with Roiya and Richards, a vocalist best known for providing back-up vocals for Madonna.  All are also featured in the breathtaking Karl Giant-directed music video. “High” by Tony Moran (feat. Nicki Richards and Zhana Roiya) releases to iTunes on Tuesday July 26th.  Except for writer and publishers fees, all proceeds will go to www.gofundme.com/pulsevictimsfund to benefit the victims of the Orlando attack. The music video is now available at www.youtube.com/watch?v=kYEXB4NITtE.

“Pulse nightclub was a safe haven and hub for the LGBTQ community to gather with family and friends, indulge themselves in the rhythms and to create lasting memories filled with joy and laughter,” says Tony Moran from his home in New York. “How it all changed in an instant is still a shock.  June 12 will forever be a dark day for the LGBTQ community.”

49 people were killed and 53 were injured in the attack, making it the deadliest mass shooting by a single gunman in US history.

“It’s incredibly important that the community continue to rally the world’s support, to erase the fear and begin to rebuild,” continues Moran. “The Orlando shooting has demonstrated the strength of our community and I’m inspired to take this movement even higher!”

In addition to enlisting Roiya and Richards, Moran pulled together a group of his influential friends for the project. Photographer Karl Giant directed the music video and Phil McKenna created all graphics for the campaign. Both provided their services at no charge.

Tony Moran has modeled a career based on encouraging positivity and spreading love.  He is considered one of the godfathers of the “freestyle” music movement, having launched the careers of early ’90s music stars The Cover Girls and Lisette Milendez.  He would go on to produce and collaborate with some of the biggest names in pop including Gloria Estefan, Madonna, Janet Jackson, and Luther Vandross. Moran has remixed for Jennifer Lopez and Rihanna, among others, and is regarded as one of the most influential DJs in house music.

“High” was originally released by the British pop duo Lighthouse Family. Released on the last day of 1997, the song quickly rose to No. 1 in Australia and landed in the top 10 in many European countries.   In the USA, its profound message of unity and rising above adversity helped it to become a celebrated LGBTQ anthem.

“I knew it was the perfect track to re-make after the Orlando tragedy,” explains Moran. “It’s a beautiful reminder that love conquers all and when the community bands together, we can rise as high as the sky.”