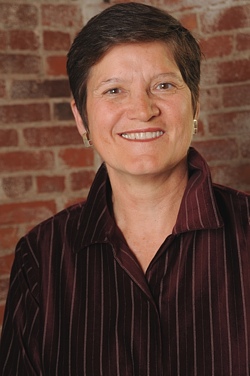 “Massachusetts is a healthier community because of the work accomplished by Rebecca and AIDS Action.  We wish them continued success.”

“From the very start of this epidemic, we have come together as a community to fight AIDS. Gay men, suburban moms, straight black men – you name the demographic and I guarantee that they have been at the table helping. That legacy continues with the critical support provided by the Eastern Bank Charitable Foundation, which makes it possible for us to do our work,” said Haag. “Public funding for this disease – which is not over, by the way—is rapidly shrinking and the money provided by Eastern Bank and others is critical to our success.”

Since 1999, thanks to the education and prevention outreach of organizations such as AIDS Action, Massachusetts has reduced new HIV diagnoses by 54 percent, which means that more than 5,000 people who might otherwise have become HIV positive have remained negative.  This will result in health care cost savings of more than $2 billion for the state, according to AIDS Action.

The Celebration of Social Justice Award was originally created by Wainwright Bank.  When Eastern Bank acquired Wainwright Bank in 2010 it pledged to continue the award, and raised the accompanying donation to $25,000 from $10,000.

Founded in 1818 and based in Boston, Eastern Bank is the largest independent and mutually owned bank in New England, with $8 billion in assets and more than 90 branches serving communities from the Merrimack Valley to Cape Cod.  Eastern Bank offers banking, investments and insurance all under one roof, and prides itself on working harder to understand its customers’ needs so it can deliver these services in a committed and personal way.  Eastern Bank includes Eastern Wealth Management and Eastern Insurance. For more information, visit www.easternbank.com or www.facebook.com/easternbank.