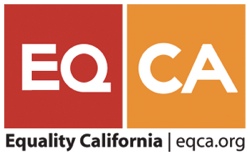 On Dec. 4th, Judge Kimberly Mueller of the U.S. District Court for the Eastern District of California denied a request by an anti-LGBT group to postpone the January 1, 2013 start of the state’s new law protecting lesbian, gay, bisexual, and transgender youth from psychological abuse at the hands of state-licensed therapists who use dangerous practices to try to change their clients’ sexual orientation or gender expression. The ruling means that the law will go into effect as scheduled.

The court also granted a motion by Equality California to intervene in the lawsuit in order to defend the law alongside California Attorney General Kamala Harris, who represents the State of California defendants. Equality California was the lead sponsor of the law and is the state’s leading political advocacy group representing LGBT people and their families.

The Court’s decision was prompted by a lawsuit filed by the National Association for Research & Therapy of Homosexuality that challenges the new law protecting LGBT youth from practices—including the use of shame and aversion therapy—that are known to lead to depression and suicide attempts. The group is represented by Liberty Counsel, an anti-LGBT legal group. In rejecting the groups’ request to temporarily prevent the statute from going into effect on January 1, Judge Mueller concluded that the California law “prohibits a therapeutic practice deemed unproven and potentially harmful to minors by ten professional associations of mental health experts.”

Judge Mueller’s decision follows another decision on Dec. 3rd by Judge William B. Shubb, also of the U.S. District Court for the Eastern District of California, in another case brought by a different set of plaintiffs who are also challenging the California law. Judge Shubb issued an order temporarily exempting three plaintiffs in that case from being subjected to enforcement of the law while the case proceeds in his court. Judge Shubb’s order applies only to the three plaintiffs in the case before him and does not prevent the state from enforcing the law against other licensed mental health professionals. Judge Mueller’s decision today clears the way for the law to go into effect on January 1, 2013.

“This law will put a stop to one of the most dangerous and discredited forms of discrimination against LGBT youth,” said Equality California Executive Director John O’Connor. “We are extremely pleased that the court’s decision will allow the law to go into effect on January 1, 2013 as planned, and young people in this state will no longer have to fear that they can be subjected to these dangerous practices by licensed therapists. Every day that licensed therapists are permitted to engage in these dangerous and discredited practices is another day that our youth are placed at risk of depression, substance abuse, and attempted suicide. The state has a duty to protect minors from conduct by licensed health care professionals that is both harmful and offers no benefit to health. We commend Senator Ted Lieu, the bill’s author, the California Legislature, and Governor Brown for taking decisive action to protect California’s young people and their families.”

Said National Center for Lesbian Rights Executive Director Kate Kendell, Esq.: “Today’s decision acknowledges that the anti-LGBT groups who have filed this case have no viable legal grounds for their attempt to block these desperately-needed protections for California youth. Every leading mental health organization has concluded that these practices, which claim to be able to change a young person’s sexual orientation or gender expression, have no basis in science and expose young people to a serious risk of physical and emotional harm. We are confident the courts will continue to uphold this life-saving law, which simply requires licensed mental health practitioners to follow professional standards and to refrain from using practices that have no basis in science or medicine.”

Connecting Transgender Vermonters With Each Other