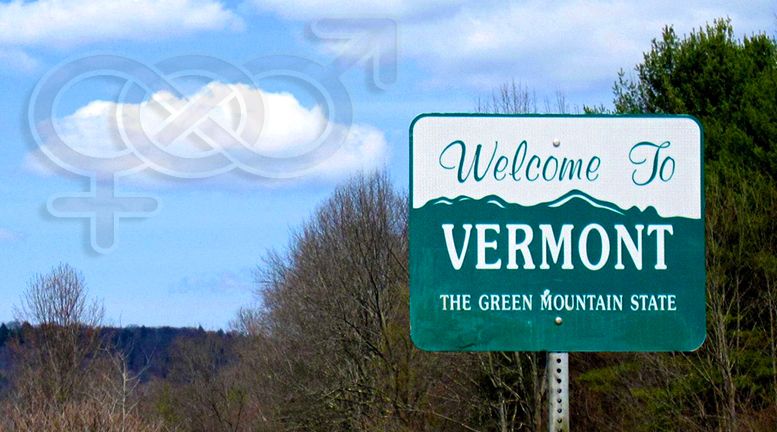 Courtesy of The Albert Schweitzer Fellowship—

When University of Vermont Larner College of Medicine student Eli Goldberg applied to be an Albert Schweitzer Fellow with the national organization’s New Hampshire-Vermont chapter, he knew what his project would be if selected. He would continue to work on the TransForm Project, which supports the health and wellbeing of transgender Vermonters, which was launched by one of his University of Vermont Larner College of Medicine classmate’s Al York, when he was a 2016-17 Schweitzer Fellow.

The Albert Schweitzer Fellowship is comprised of a national network of 14 U.S. Schweitzer chapters and one at The Schweitzer Hospital in Lambaréné, Gabon, Africa. Graduate students studying medicine and allied fields participate in a year-long leadership program during which they partner with a community-based organization to identify an unmet health need, design a 200-hour service project with a demonstrable impact on that need, and bring that project from idea to implementation and impact—all in addition to his or her academic studies.

“I’ve been discussing the project with Al since its inception, and immediately understood why it was so vital,” said Goldberg. “I transitioned in Vermont almost a decade ago, and at the point when I came out, I had never met another trans man and had no access to any kind of trans community.”

Although much has changed since then in terms of societal acceptance and the availability of resources for transgender people, the process of questioning and coming to terms with one’s gender can still be profoundly isolating. This is particularly true in more rural parts of Vermont, said Goldberg, where the nearest support group may be hours away—leaving too many people to navigate the medical, legal, and social complexities of transition on their own.

“That takes a real toll on people’s mental and physical health,” Goldberg said.

That’s why Goldberg focused on building a mentoring network into TransForm’s core services, which also include a website built by York with links to information and resources to help people navigate the transition process. The network aims to link transgender people anywhere in the state with one-on-one support from a peer who understands the experience of gender transition.

“Our goal is to meet people where they are, both literally and figuratively,” said Goldberg.

Goldberg likes the results the program has produced thus far, recounting a recent email he received from one of the first mentees to get involved with the project—a young transgender man who hails from a small town of about 1,500 people and made the 90-minute drive to attend the first TransForm meeting last summer. Since then, the young man has been discussing the processes of legally changing his name and accessing transition-related surgery with his TransForm mentor, said Goldberg.

“In his e-mail he wrote, ‘[My mentor] has been great. It’s been very nice to have him as a mentor. He’s actually helping more than I envisioned. When we first started I wasn’t sure how he could help, because this is a new experience. But the help has been really nice. It’s quite valuable to have someone that has walked the same path. In fact, I just said to [my partner] today that I’m so glad I have my mentor.’”

What has surprised Goldberg is that the mentoring network has also turned out to be a source of support for the mentors, too. Support groups and community events usually focus on reaching people who are just coming out, Goldberg noted, while people who are “post-transition” and have different needs and challenges are often rendered invisible—and can thus become isolated all over again. Goldberg said that several people who attended the TransForm mentor training commented that it was one of few opportunities they’ve had to talk with other people at a similar stage of transition.

“One training involved two transgender women who had spent their entire lives in the same small area, but had never met,” Goldberg added. “They both came out around the same time, both feeling completely alone. While they were excited to provide support to future mentees, it was a pleasant surprise that they found support from each other as well.”

TransForm will be sustained beyond Goldberg’s Fellowship year by his community partner, the Pride Center of Vermont, which recently hired its first Transgender Program Coordinator.

“With the framework that I’m building, TransForm will become an enduring part of the Pride Center’s programming, with professional support to help it grow,” Goldberg said.

Institutional support aside, Goldberg is confident in the program’s durability because it’s based on relationships “that are organic and self-sustaining.” He just creates the connection, which develops based on the needs and interests of the mentor and mentee.

“My hope is that those relationships will continue to grow long after my Fellowship year is over,” Goldberg said, “and that someday the people who are currently mentees will decide that they are ready to become mentors to others.”