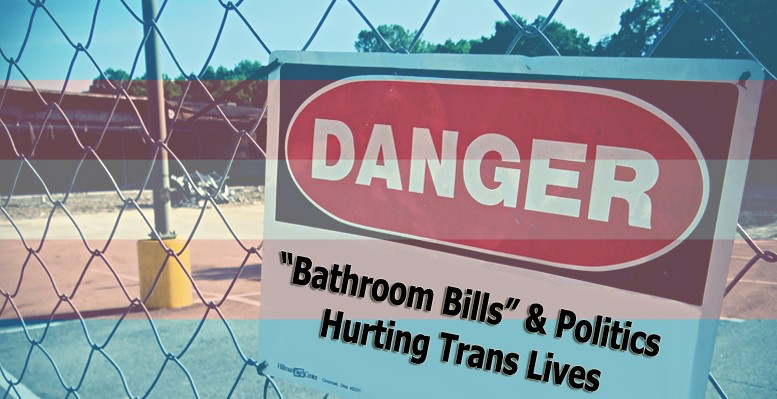 I know, I know, you’re probably sick to tears of reading about the topic. You came here to read about gender stuff, or sexuality, or even to catch a couple of the dumb little jokes I like to try and sneak past my editor.

But right about now, even with months to go before the actual presidential election, it’s the most important thing I have to talk about. And I promise, it’s very relevant to my usual focus areas, and also, very, very important.

Let me fully disclose a few things right off the bat. I’m a child of hippies. I went to summer camp run by the Unitarian Universalists as a teenager. We sang protest songs around campfires and made up silly skits about Abbie Hoffman. Honestly. We thought Abbie Hoffman was hilarious. It would be hard to explain why.

In high school I lead a student walkout to protest the first Gulf War. I didn’t intend to lead it, I wasn’t even one of the primary organizers, but the group’s main organizer and original leader chickened out when threatened with suspension, so I ended up becoming the one in charge simply by virtue of being there and realizing it needed to be done.

This turned out to be a pattern that would repeat itself in my life.

Anyway, all of this is to say that my own politics are pretty far left. I don’t consider it a slur when somebody calls me a socialist.

However, as an adult, I have found myself involved in a lot of very real world politics. I still lead marches and protests, sure. But I’ve also lobbied legislators, spoken at the Massachusetts State House, testified before the Judiciary Committee, been interviewed by the media and even found myself invited to the White House!

When asked to describe myself, I will sometimes say I am an “issue-oriented politician.” My personal politics are very liberal, my party affiliation is theoretically independent, functionally Democrat. But the issue I care most about and work for is trans rights. I will work with anyone who is prepared to support that issue. 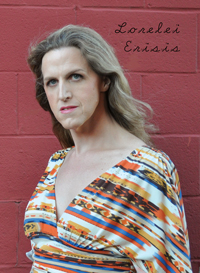 His little book of political rules, “All Politics Is Local” has been my personal bible for years. I reread it often. He was a smart politician and an excellent storyteller. He was also very good at working with folks he didn’t necessarily share the same political views with. He was a master of the art of compromise and knew that often, in order for the actual work of effective governance to get done, people had to know how to sit down and hash out their differences until they could find an idea that would actually work.

Something I think has been sadly lost in today’s highly charged, brutally partisan political atmosphere. “Let’s figure out how to work together on this. Let’s talk,” has been replaced by, “You’re wrong! And evil too! I’m not even going to listen!”

And yeah, I know, that’s a really easy place to fall into. It’s easy to simply label your opponents as bad people with terrible ideas, especially when they are saying such terrible things about the ideas we believe and the people we love. It’s hard to listen to them.

The shockingly successful campaigns of Donald Trump and Ted Cruz are very much creations born of and nurtured by this highly partisan state of American politics. They rely on people being more motivated by their baser emotions, fear and anger and ignorance, than by thoughtful empathy and carefully informed opinions. As I said, it’s really easy to simply dismiss Trump, Cruz and their supporters as being wrongheaded. But that doesn’t help.

I’m not saying we should compromise our ideals or support programs and ideas we find offensive.

But we need to be smart. We need to listen, and educate ourselves if we are going to prevent this national catastrophe. Understand why they are so successful, why people want to believe the things they promise so badly. Once we can understand those reasons, we can remember these supporters are human beings like us. These are people who are scared for themselves and their loved ones and are trying to get by in an often scary world, just like us. These are people experiencing the same world events we have heard about and the same wars and bombings. These are people living in the same recession we are.

The only difference is the spin they believe; the stories they are told. Same world. Different words.

How do we find our way back to effective governance? Restore compromise? Unless we start listening and understanding each other, on a human level, working with each other, this whole situation is only going to worsen.

And things are about as bad now as they have ever been, particularly for trans people.

Now that same-sex marriage is the law of the land and the military is finally allowing lesbian and gay soldiers to serve openly, the American public has become a lot harder to scare by just threatening them with “Those evil gays!” So the right-wing politicians and media outlets looking to get the public stirred up need a new boogeyman. And we are it!

Trans people have made great strides, both socially and politically, in the past few years. We have gained a level of acceptance and visibility I could never have dreamed of as a closeted kid. Like it or not, we are now the bleeding edge of the LGBTQ movement (one could reasonably argue that we always have been, but I digress …).

And I mean bleeding both figuratively and literally. Despite a lot of progress, people are still frightened enough of us to beat and murder us simply for being who we are. The “trans panic defense” often used by these attackers and murderers, while finally starting to be struck down, is not yet a relic of the dusty past.

As such, the mere existence of trans people, the expectation that we might be treated as equals, is currently one of the best scare tactics available to politicians who need to motivate the “conservative” voter base, and to right-leaning media outlets who want to bump up their ratings. Along with Muslims and Mexicans and assorted other brown and black people, we are the Boogeyman Du Jour, baby!

You can see it in all of the anti-trans “bathroom bills” being proposed and promoted around the country. The same people who screamed, “But what about the children?!!?!” when gay people just wanted to get married, are suddenly all gung-ho to gang up on defenseless trans kids who just want a safe place to pee and not get bullied because of it.

And I have a pretty strong feeling that in a Trump-Cruz led America™ (“It’s Great Again!®”), the newly painted Trump Gold House© will be more than happy to support and promote the proliferation of these hateful efforts. Demagogues do like their bread and circuses. It keeps the crowds from watching too closely as their own rights are systematically stripped away.

I’d love to be able to say, as Caitlyn Jenner seems to think, that the Republicans can be made to understand our cause and convinced to support trans rights. To be fair, I have certainly known Republicans at the local and state levels who do.

But all I have to do is open up my newsfeed to know this will not be the case. Look at North Carolina where, as of this writing, the Republican governor signed off on a terrifying new law, which essentially legalizes discrimination against trans people.

I am quite convinced that, barring a revolution aimed at revamping the whole system, a strong Democratic party is our best, most realistic hope. It’s not going to be enough to simply support whoever gets the Democratic nomination, which we also need to do. Whether it’s Bernie, who I love, or Hillary, who I’m not so crazy about, any return to compromise and functional politics is going to start by not tearing each other down. You can think Bernie is great and you can disagree with a lot of what Hillary represents, or vice-versa, without deciding the other side is your enemy, digging a metaphorical trench and refusing to cross no-man’s land if the other wins.

This is simply too important for that sort of infighting. Whoever wins will absolutely need all of our support to win against Trump or Cruz, or Gods forbid both! In order to dismantle the partisanship that is tearing apart this country we must begin within our own ranks.

We are all going to have to go out there and work together. With a unified will and purpose. Get out the vote. Tell your family you aren’t cooking dinner unless they all come home with an “I Voted” sticker. Go to a retirement home or a college dorm and offer to drive people to the polls. Use every single ounce of influence and privilege you may possess to get as many decent people as possible registered to vote and lined up at their polling places.

Our future, all of our futures, depends on it.