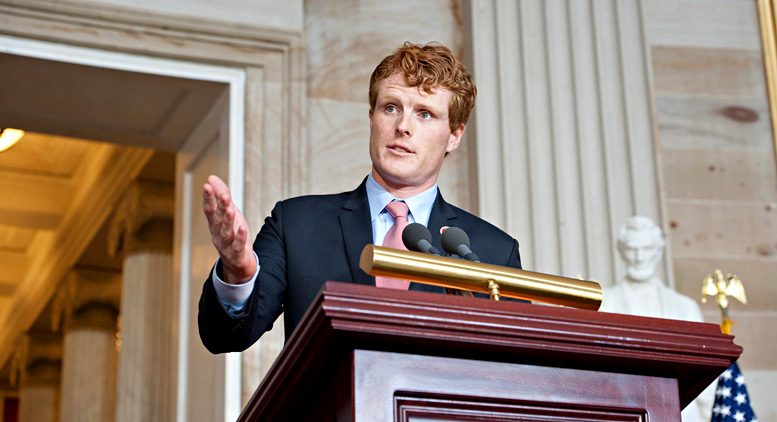 By: Neal Minahan*/Special Op-Ed to The Rainbow Times 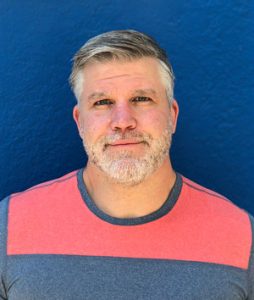 There has been a lot of discussion in recent years, both within the LGBTQ+ community and without, on Allyship – what it means to be an Ally to a community versus what it means to be a Champion. To me, that question is at the core of the primary race for U.S. Senate between Sen. Ed Markey and Rep. Joe Kennedy. The difference between an Ally and a Champion is not in what each believes or in the reliability of their vote in Washington. The difference, frankly, is in the elbow grease – the effort that they are willing to put into the fight. Consider these facts: Prior to this race, the last time Ed Markey campaigned across the state was in 2013—to win his Senate seat in a special election. The last time Joe Kennedy campaigned across the state was in 2018—to ensure that transgender people in Massachusetts were not stripped of their fundamental civil rights. In this primary, the LGBTQ+ community has a choice between a trusted Ally and a true Champion. Ed Markey is our Ally; Joe Kennedy is our Champion.

The 2018 ballot question that gave rise to the Yes on 3 Campaign was a direct assault on the transgender and non-binary members of our LGBTQ+ family. A loss on Question 3 meant that transgender people had no right to exist as themselves in restaurants, stores, or in any other public places. As we all remember, the Yes on 3 Campaign was an all-hands-on-deck civil rights battle led by transgender people and requiring all Allies to rise up and become Champions. Now, this was a state issue based on state law and there was no federal legislation that our Senators or members of congress needed to weigh in on. Had it been a federal issue, I don’t doubt that Ed Markey would have, without hesitation, voted in favor of our community as he has many times before. But it was not a vote in Washington and Ed Markey largely stayed on the sidelines.

Joe Kennedy, however, saw it for what it was—a moral imperative to stand up for some of the most vulnerable members of our community. Even before the battle had really begun, he answered the call of the transgender leaders of the Yes on 3 Campaign and offered up his time, his voice, his political capital, and all the power of his office. He took it upon himself to reach out to businesses and key influencers, and worked with the Campaign to help build a vocal coalition of support. He set up meetings with the major league sports teams in Massachusetts and helped get them on board as well. If you went to a Bruins game in 2018 you may have seen an ad in favor of transgender rights on the Jumbotron between periods. Imagine that.

Joe worked behind the scenes, he showed up to rallies, he spoke out in the media and pushed others to support the cause. Joe was one cog in the wheel in 2018 but he worked tirelessly, gave proactive suggestions, and made a difference. What resulted from that Campaign was the largest movement for transgender rights in history—and we won.

Joe will be the first to say that his participation was a no-brainer; that it was a question of doing what is right, and that he did what anyone would do in his position. The truth though, is that not every Ally took such a stand. This impulse to act is what makes Joe a Champion and that is why he has my vote for Senator on September 1st.

The Yes on 3 Campaign was not the first time Joe championed LGBTQ+ causes, though it is a striking example of his leadership. In 2015, when the State legislature was slowly debating whether to finally extend protections to transgender people, Joe volunteered to testify before the Massachusetts legislature on the importance of anti-discrimination protections for transgender children so they may “live in a world that accepts and embraces whatever bright, strong, unique individuals they turn out to be.” He was the only member of the MA congressional delegation to testify. Joe’s tenure in Congress is full of moments like this—where time and time again he has shown up for our community in big and small ways.

In Washington, there are few members of Congress as fiercely committed to our community as Joe. When given the opportunity to chair the Congressional Transgender Equality Task Force, he jumped at it and has served in that role since his first term in office. Joe saw—before many of his colleagues—that the next insidious attack on the LGBTQ community would be in the guise of protecting “religious freedom.” So, Joe authored the Do No Harm Act, which would ensure that religious freedom cannot be used to justify a denial of our civil rights. He also introduced legislation to ban the so-called ‘Gay and Trans Panic’ defense, as well as a resolution recognizing a national Transgender Day of Remembrance. In the end, however, I’m not supporting Joe simply because of his votes or legislation—both candidates are solid progressives with a history of voting for LGBTQ+ equality and other progressive issues. I’m supporting Joe because of his willingness and ability to show up and to fight with all the power of his office.

Joe’s proactive support of the Yes on 3 Campaign and fierce advocacy for our community is just one example of his ability to lead in a more forceful way. We are in the midst of a generational change that hasn’t happened since Ed Markey first entered congress in 1976. New leadership means a different way of doing things and a new generation of Democratic leaders will continue to challenge the old ways of Washington and change what we believe is possible. Joe can help create that generational shift for Massachusetts. Some reading this are staunch supporters of Ed Markey—he has been a true progressive Ally and I respect your support for someone who voted with us back when few members of Congress would. Despite some of the negativity that the Twitter-verse has thrown into this race, this election is not about which Candidate is bad. It is about which of these two good men is better equipped to meet this moment.

There is so much on the line for so many people right now. We don’t know what will happen in November or what challenges the next six years will bring us. Massachusetts has always had high standards for its Senators—the history of this office is one of moral leadership and righteous battles. A Massachusetts Senator should be expected to fight on every available front and show up when needed. The great moral arguments must be made in Congress and throughout the Country and Commonwealth. With the right leadership, Massachusetts can once again help lead America forward. It is not hyperbole to say that this November will determine the future of LGBTQ+ equality and many other issues at the core of our collective morality. By 2021, the country will be on either a brighter or darker path forward. There is so much at risk and, yet, so much possibility for the future. This is the time for a Champion. This is the time for Senator Joe Kennedy.