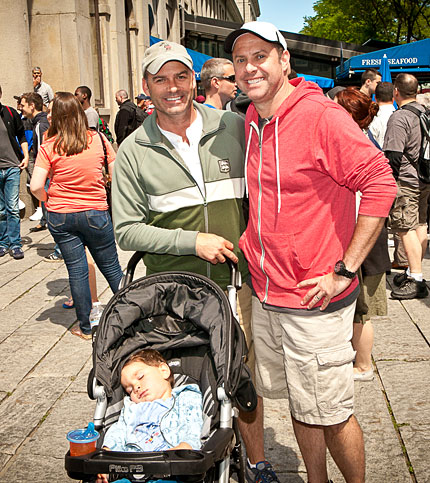 The Massachusetts Supreme Judicial Court (SJC) issued a ruling in Adoption of a Minor clarifying that a married same-sex couple are the only legal parents of children born into their marriage using known donor sperm and that the couple need not notify such a donor of a subsequent adoption.

The Probate Court acknowledged the couple as the child’s legal parents, but denied their motion to proceed with the adoption without notification to the known donor, pending an answer from a higher court on the question of “whether the lawful parents of a child must give notice to the known biological father/sperm donor.”

In its ruling, the SJC reiterated that Massachusetts law recognizes that the spouse of “[a]ny child born as a result of artificial insemination with spousal consent is considered to be the child of the consenting spouse” and found that, as the lawful parents, the couple had no more obligation to notify the donor of their petition for adoption than any other married couple who are intended parents using gamete donation.

“This ruling is a wonderful affirmation of the great diversity of families in the Commonwealth, which include significant numbers of children conceived through assisted reproduction,” said Crozier. “The SJC has provided clarity through its straightforward analysis of the statutes, and that will ensure uniformity in Massachusetts courts as well as stability and security for countless children and families.”

Nationally, one in eight married couples experiences fertility issues. Massachusetts leads the nation in the percentage of births involving ART. For example, in 2011, 4.5% of births in the Commonwealth involved ART. This ruling protects known donors, whose goal is to help couples achieve pregnancy, from parental obligations, and it secures the parent-child relationships of married couples who use donated gametes to conceive their children.  Moving forward, this case means that married same-sex couples are treated the same as different-sex couples and that all children born via assisted reproduction to married couples are secure in their parentage.

“This decision aligns Massachusetts with the consensus of states that, in the context of ART, the consenting spouse or intended parent is the legal parent, and the sperm donor is not,” said Mary Bonauto, Civil Rights Project Director at Gay & Lesbian Advocates & Defenders, which submitted an amicus brief in support of the petitioners with assistance from Boston College Law Professor Kari Hong. “In short, a donor, known or unknown, is a donor and not a parent,” Bonauto added, “Now, couples who want to use a known sperm donor can be secure in their parentage, and the donors can be secure in their non-parentage.  This is a win for everyone.”

Caring For Our Own: LGBTQ Adults Sought To Foster LGBTQ Youth