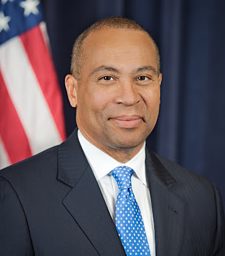 BOSTON, Mass.—Today, by a bi-partisan vote of 37-1, the Massachusetts Senate passed H.3909, An Act Relative to Bullying in Schools, which updates the state’s anti-bullying laws to include specific protections for youth populations that are the most frequent targets of bullying, including LGBT youth. In response, MassEquality Executive Director Kara Coredini made the following statement:

“This legislation is the critical next step in the Commonwealth’s historic and ongoing efforts to keep all students safe in schools. We are grateful to Senate President Therese Murray, Senator Sonia Chang-Diaz, Chairwoman of the Joint Committee on Education and lead Senate sponsor, and Senator Stephen Brewer, Chairman of Senate Ways and Means, for being extraordinary champions of the bill throughout the process, and we applaud the Senate for passing it. We also thank Attorney General Martha Coakley for the instrumental role she played in identifying the need for this enhancement to protect LGBT youth and advocating for its swift passage. We look forward to the Governor signing this bill into law.”

An Act Relative to Bullying in Schools enhances the state’s landmark 2010 anti-bullying law by requiring school districts to include in their bullying prevention plans recognition that certain categories of students, including LGBT students, are particularly vulnerable to bullying. It also establishes a data collection and reporting mechanism to allow policy makers and administrators to evaluate the effectiveness of anti-bullying efforts, an element which has been publicly supported by Auditor Suzanne Bump. The legislation is based on recommendations developed by the Commission on Bullying Prevention, created by the state’s 2010 anti-bullying law and chaired by Attorney General Martha Coakley.

“This update to the anti-bullying law allows us to better measure the effectiveness of our efforts to protect children and create safe environments for those who are especially vulnerable to bullying, such as LGBT students and students with disabilities,” Attorney General Martha Coakley said. “We want to thank MassEquality and the Anti-Defamation League for their continued leadership on this issue and applaud the Senate for passing this bill. We look forward to this bill making it to the Governor’s desk,” Attorney General Martha Coakley said.

Massachusetts Auditor Suzanne Bump said: “Our most basic obligation to children is to keep them safe from harm. It is imperative, for the welfare of our children and families, that the anti-bullying law be as effective as possible. I congratulate the Senate for its confident action and President Therese Murray for leading this bill to passage. I believe that these provisions will enhance its effectiveness. Congratulations also to MassEquality and the Anti-Defamation League for their unwavering support.”

“The enhancements to the state’s anti-bullying law provide additional protections to the most vulnerable students and begin the process of collecting data at schools across the Commonwealth. The data will ultimately help design prevention programs, curriculums and ensure that everyone has the most current information on school climate. We are grateful to Senator Sonia Chang-Diaz and Attorney General Martha Coakley for leading this effort and making school safety a top priority,” said Robert O. Trestan, Anti-Defamation League New England Regional Director.

At least 15 other states have implemented anti-bullying laws that have explicit protections for LGBT youth in schools, which are necessary to ensure that harassment of LGBT students is not overlooked or disregarded, as anti-LGBT activity in schools historically has been. In the 2011 National School Climate Survey of the Gay, Lesbian and Straight Educators Network, students in schools with comprehensive policies were more likely than students in schools with a generic policy or no policy to report that staff intervened when hearing homophobic remarks (28.3% vs. 12.2% vs. 8.8%) or negative remarks about gender expression (19.0% vs. 10.5% vs. 8.4%).

The Anti-Defamation League, founded in 1913, is the world’s leading organization fighting anti-Semitism and hate through programs and services that counteract hatred, prejudice and bigotry.