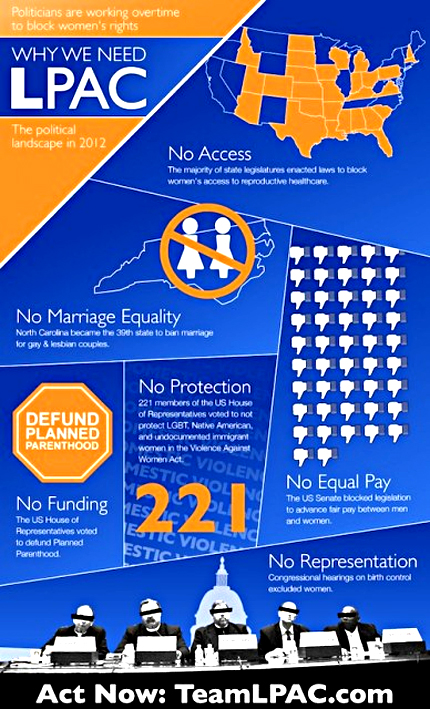 “We are fortunate in Massachusetts to have five out lesbian members of our state legislature when so many states have none,” said MassEquality Political Action Committee Board Member Valerie Fein-Zachary. “What we have learned is that having a voice at the decision-making table is critical, and we applaud the visionary leaders behind the creation of LPAC. We fully expect their efforts to advance public conversation around women’s issues.”

“Having a specific, concentrated venue through which people can indicate their support for candidates with strong LGBT and reproductive rights platforms will be very important. And I think it will help Massachusetts become even more of a leader in this area,” said state Rep. Liz Malia. “I look forward to having LPAC help increase the number of openly lesbian colleagues I will have, both in my state and other states throughout the US.”

LPAC will give directly to federal candidates and will also engage in key state, federal, and ballot campaigns through independent expenditures. LPAC is working with both women’s and LGBT political organizations in order to be the most strategic and effective with its resources.

The MassEquality PAC stands with, develops, and elects candidates who outspokenly champion justice and equality for all LGBTQ people across Massachusetts.