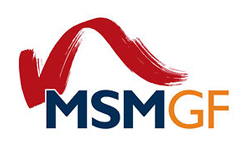 Washington, D.C. – As HIV rates continue to climb among marginalized groups around the world, the major global networks of gay men, people who use drugs, sex workers, transgender people and people living with HIV have put forth a series of joint recommendations for a more effective global AIDS response. The recommendations were released earlier today in a set of principles entitled “The Robert Carr Doctrine,” named for the well-respected international AIDS activist who passed away one year ago.

“For the past thirty years, the global AIDS response has been characterized by ‘one size fits all’ programs that fail to address the drivers of the epidemic among the world’s most at risk populations,” said Dr. George Ayala, Executive Director of the Global Forum on MSM & HIV (MSMGF). “Stigma, discrimination, violence, and criminalization block access to HIV services for gay men, sex workers, people who use drugs, and transgender people.”

“With HIV rates skyrocketing among these groups around the world, we can no longer ignore science for politically expedient solutions,” said Dr. Kevin Moody, Chief Executive Officer of the Global Network of People Living with HIV (GNP+). “It is time for targeted, tailored, multi-sector community-led responses.”

The Carr Doctrine calls on all stakeholders to re-think the global response to AIDS, urging actors to recognize that HIV is not just a public health issue, but rather a symptom of underlying societal inequities and injustices. Accordingly, the Doctrine calls for a coordinated strategy at behavioral, social, structural, and legal levels.

“In our collective experience across each of these populations, we have found that a coordinated response is key to addressing HIV effectively,” said Ruth Morgan Thomas, Global Coordinator of the Global Network of Sex Work Projects (NSWP). “A country cannot claim to prioritize sex workers in its national AIDS strategy when that country’s police are actively arresting and brutalizing sex workers. What good is it to supply people with condoms when the police use condoms as evidence of sex work, arresting the people who carry them?”

The Carr Doctrine represents the first time that the global networks of key affected populations have come together to forge a shared strategy. Each network is largely made up of community activists and organizations, all working to address the epidemic among their respective constituencies.

“The history of HIV is largely a story of people standing up to protect their communities when no one else will,” said Dr. Eliot Albers, Executive Director of the International Network of People Who Use Drugs (INPUD). “While each key affected population is unique in its own right, we all have this in common. After thirty years of AIDS, HIV services remain out of reach for the vast majority of our constituents. It is time we stood together to demand the response our communities deserve.”

The launch of the Carr Doctrine was timed to coincide with the start of the International AIDS Conference, taking place the week of July 23rd in Washington, D.C. The organizers of the conference have hailed this year as a potential turning point in the epidemic, citing the development of new technologies like pre-exposure prophylaxis and treatment as prevention.

“Scientific advances like pre-exposure prophylaxis are exciting of course,” said Mauro Cabral, Co-Director of Global Action for Trans* Equality (GATE). “But they will fail to make a dent in the epidemic among key affected populations if legal, social, and political barriers continue to impede access to services.  In order to create lasting change, science must be balanced with rights-based structural intervention – they are two sides of one coin.”

The HIV Epidemic among Most-At-Risk Populations

The full text of the Robert Carr Doctrine can be found online at http://tinyurl.com/bwdasu5

The Robert Carr Doctrine will be discussed in detail at the upcoming AIDS 2012 Pre-Conference event, “From Stigma to Strength: Strategies for MSM, Transgender People and Allies in a Shifting AIDS Landscape,” taking place on July 21st from 9 a.m. to 6 p.m. at FHI 360, 1825 Connecticut Ave NW, Washington, D.C. Media registration is available for this event. To register, please contact Jack Beck at jbeck@msmgf.org or 510-332-0786.

The Global Forum on MSM & HIV (MSMGF) is an expanding network of AIDS organizations, MSM networks, and advocates committed to ensuring robust coverage of and equitable access to effective HIV prevention, care, treatment, and support services tailored to the needs of gay men and other MSM.