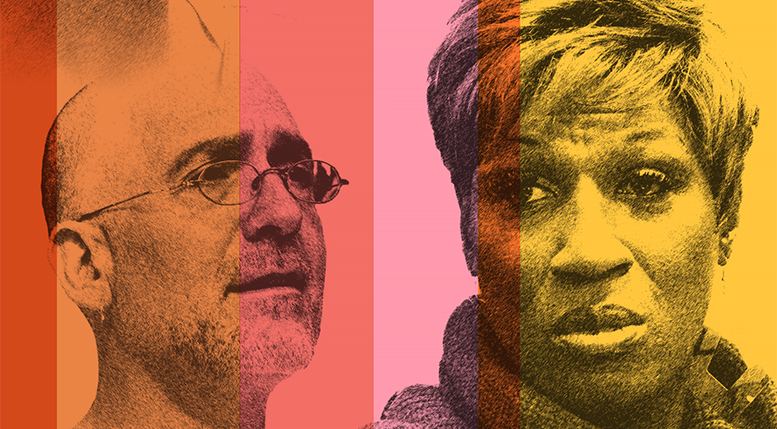 Washington, D.C.—As the Trump administration works to undermine the historic progress made toward full LGBTQ equality, a new report highlights a harsh reality: LGBTQ people are more likely than their peers to live in poverty.

The report from the LGBTQ Poverty Collaborative* shows how indicators of economic disparity including food insecurity, housing instability, low-wage earning potential, and unemployment and under-employment are all heightened for LGBTQ communities.

“In a 2016 study, one in four LGBTQ people—approximately 2.2 million people—did not have enough money to feed themselves or their families during some period in the last year. As we work to advance equality for the LGBTQ community, poverty must be a central issue in that fight,” said Tyrone Hanley, National Center for Lesbian Rights (NCLR) Policy Counsel and one of the report’s authors. “Today’s report will shed light on the gravity of this issue for our community, which is particularly critical as we work to counter the cruelty of this administration’s policies and a House farm bill through which even higher numbers of Americans would go hungry.”

“The Trump administration’s shameful attacks on LGBT Americans because of who they are, will exacerbate poverty in America, leaving families vulnerable to discrimination and violence,” said Melissa Boteach, senior vice president of the Poverty to Prosperity Program at the Center for American Progress. “The administration’s assault on struggling families through gutting basic labor standards, access to healthcare, and more will disproportionately threaten the economic security of LGBT families, who are more likely to live paycheck to paycheck.”

Dr. Lourdes Ashley Hunter, executive director of Trans Women of Color Collective and one of the report’s authors and editors, said: “The average Black trans person earns less than $10,000 a year. Black and Brown trans people are disproportionately impacted by state-sanctioned violence, which is rooted in the lack of sustainable socio-economic growth that many of our lesbian, gay, cis and predominantly white counterparts benefit from. This administration now threatens that livelihood, while Black and Brown trans people continue to navigate, heal and build community. This report exemplifies our communities’ commitment to elevating the voices and narratives of the most impacted and creating solutions that center their voices, ideas and strategies for creating sustainable economic growth.”

“Our community knows what poverty looks like,” says Meghan Maury, policy director at the National LGBTQ Task Force and one of the report’s authors. “This report gives a voice to the creative solutions queer and trans people have built to address systemic oppression. From policy solutions that would change our tax code to cooperative solutions to housing access, we had the chance to hear from LGBTQ people living in poverty about how they are already working to create change in their lives. We invite you to share in their experience as you work on advocacy in your community this May Day.”

“I am grateful for the leadership of LGBTQ Poverty Collaborative partners, and for the hundreds of community members and advocates across the country that made this report possible,” said Don Blanchon, executive director of Whitman-Walker Health. “The months and years ahead will likely continue to present new challenges for our LGBTQ communities, especially for those who are Black and in low-income communities. However, injustice will be met at every turn with the collective resilience and ingenuity of people who are willing to show up and stand for what is right.”

This May Day, we hope to amplify our LGBTQ community’s urgent call to action for economic justice for all. To learn more, give feedback, or attend future events, go to www.lgbtqpoverty.info.

Read the report: “Intersecting Injustice: A National Call to Action, Addressing LGBTQ Poverty and Economic Justice for All.”