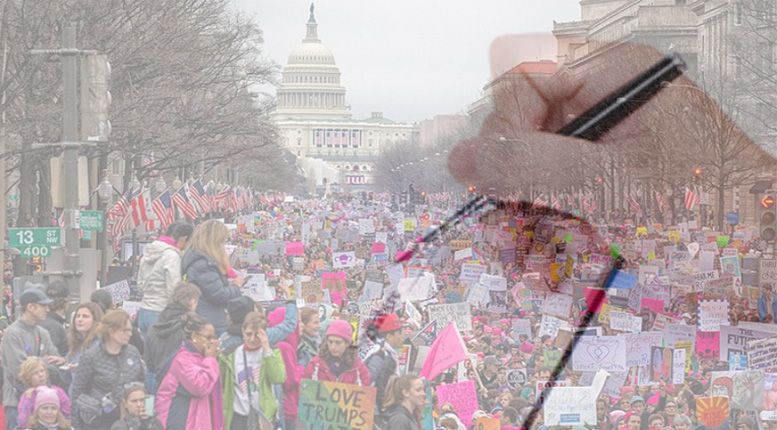 A directive that has worried many in the LGBTQ community and women circles reared its ugly head today. President Trump, with the stroke of his pen, put into motion that executive order promoting “Free Speech and Religious Liberty,” which weakens the wall between church and state and allows employers to use religious belief as a reason to deny preventive health care coverage to their employees.

Reactions were immediately felt in Massachusetts and beyond. Attorney General Maura Healey issued the following statement immediately after the news broke.

“In Massachusetts, we believe that everyone should have access to health care. Clearly President Trump and Speaker Ryan disagree. The Republican bill would make it harder for sick people to access treatment and for healthy people to stay well. It would jeopardize access to reproductive health care for women. And in the midst of the national opioid epidemic, it would cut vital addiction and mental health services. The House has ignored the concerns of health care experts, doctors, nurses, and the millions of Americans who depend on the Affordable Care Act. I urge the U.S. Senate to reject this bill.”

“Today’s executive order has far-reaching consequences, and represents a major erosion of the separation of Church and State. Religious freedom is already enshrined in the First Amendment of our Constitution, and numerous laws exist to protect religious rights. Although it does not specifically mention LGBTQ people, our community is directly impacted by this order.

“The new executive order allows religious organizations to engage in political activities such as endorsing candidates or condemning legislation without risking their tax-exempt status. In Massachusetts, this could lead to conservative clergy preaching from the pulpit to defeat LGBTQ rights, reproductive rights, immigrant rights or any anti-discrimination legislation or ballot issues.

“It also exempts private employers from offering their employees many forms of reproductive health care mandated by the Affordable Care Act based on religious beliefs. This could lead to the loss of insurance coverage for common types of preventive care such as contraception, vaccines against HPV and other STDs, and possibly for family-building technologies such as assisted reproduction. It could also open the door to denying coverage for PrEP and other HIV/AIDS prevention and treatment medications, and even lead to LGBTQ people being refused medical treatment or access to preventive care such as cancer screenings and mammograms.

“As the full impact of the executive order is felt in the days and weeks to come, know that MassEquality has your back, and that we will do everything in our power to protect the rights of our community members. We stand with you, and in firm opposition to any executive order or law that would deny LGBTQ people their equality, dignity, rights and respect.”

“The President’s declaration today is dangerous pandering to a small but vocal segment of his political base, and a disturbing sign that his administration aims to shift the longstanding balance between respect for all faiths and fundamental principles of non-discrimination and equality for all.

This Order invokes “religious liberty” as a license to undermine women’s access to contraception, and to chip away at the separation between church and state by promising churches and other houses of worship broader leeway on political lobbying—something the majority of Americans—including people of faith—oppose.

We are far too familiar with attempts to use the language of religious liberty not to support our critical First Amendment freedoms, but as a justification for circumventing equally critical non-discrimination protections.

Indeed, this order invites cabinet secretaries to relax requirements for access to contraception and other preventative care for women. This shows exactly their real intention: to grant employers greater license to restrict women’s access to fundamental reproductive health care.

We remain vigilant. We will continue to push back on every outrageous attempt to curtail the equal rights and equal dignity of women, of LGBTQ people, of religious minorities and of every other group subject to attack under this administration.”

The order will take reproductive health back to draconian times.

Teresa C. Younger, President and CEO of the Ms. Foundation for Women, released the following statement in response to the Executive Order on Promoting Free Speech and Religious Liberty:

“The executive order signed today is yet another horrifying example of this administration’s disrespect for women. To be clear, the Trump administration is resorting to executive action to roll back equity in reproductive health care because the American people overwhelmingly support women’s access to full bodily autonomy. Those who would be most harmed are the communities already under constant attack from this administration—women, LGBTQ people, and people with low incomes.

Like the so-called “religious freedom” bills we have seen all too often at the state level, this order gives religiously affiliated organizations further license to discriminate. By making it easier for these organizations to opt out of providing preventive services, including no-cost birth control coverage, the order takes away the freedom to decide if and when to parent. And it has not gone unnoticed that this order is being signed the same day that the House of Representatives voted, once again, to take away health care coverage from millions of people.

We won’t go back. We will not let discrimination and hate win. We urge everyone to make their voices heard, and we will continue to fight alongside our grantee partners to protect the rights of women to fully access critical reproductive and preventive health care on their own terms.”

For over 40 years, the Ms. Foundation for Women has secured women’s rights and freedoms with a special commitment to building the power of low-income, immigrant and women of color. The foundation invests funds, time, expertise and training in organizations nationwide.