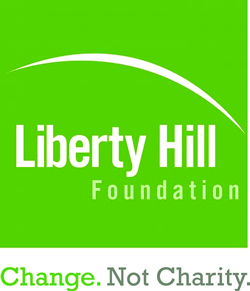 The President’s program, which took effect on August 15, 2012 allows young people who were brought to the country as children to apply for relief from deportation and for two-year renewable work permits. It is the result of several years of increasingly powerful and courageous advocacy led by young undocumented people, who are known as “Dreamers” because of their active support of the federal “DREAM Act.” Currently stalled in Congress, the law would put Dreamers on the path to permanent U.S. residency and eventual citizenship. A significant number of Dreamer leaders are LGBT and have been instrumental in making “coming out” as undocumented one of the DREAM Act movement’s most effective organizing tactics.

Under current law, Dreamers cannot obtain lawful employment, making the DACA application fees of nearly $470 largely out of reach. The National Center for Lesbian Rights and the L.A. Gay & Lesbian Center rallied other LGBT organizations across the country to contribute to the “LGBT Dreamers Fund” to help young LGBT undocumented immigrants pay these fees. Launched with a challenge grant from the Evelyn and Walter Haas, Jr. Fund, 46 organizations and individual leaders (listed below) have contributed so far to the fund, which has been established at the Liberty Hill Foundation. Applicants can apply for the fund at www.LibertyHill.org/LGBTDreamersFund beginning at 9 a.m. PST on September 21, 2012.

Fund organizers are still accepting contributions from organizations and individuals, hoping to reach $100,000 so they can help provide assistance to more than 200 LGBT Dreamers who qualify for the DACA program. Contributions can be made online at www.LibertyHill.org/LGBTDreamersContribute.

“I am extremely grateful for the outpouring of support from so many people in our community, who believe in us and are giving us an opportunity to achieve goals that seemed completely impossible for most of our lives,” said 28-year-old Jorge Gutierrez, a leader in the national Dream movement who is gay and also the project coordinator of the Queer Undocumented Immigrant Project, a project of United We Dream. “Coming out as gay helped me come out as undocumented, which has been so much more difficult and challenging. I was brought to this country as a young child, and raised here by a hardworking single mother who devoted her life to making lives better for my siblings and me. It was with her determination and support that I was able to go to college, pay for tuition without any financial assistance, and earn a bachelor’s degree in English from Cal State Fullerton. Since graduation I have been unable, due to my immigration status, to use my skills to give back to this country that has given me so much. President Obama’s program and this fund will really help change lives—clearing the way of obstacles for others like me who are eager to make a difference and now have the opportunity.”

Said NCLR Executive Director Kate Kendell: “With extraordinary courage, creativity, and tenacity, LGBT Dreamers have been at the forefront of this movement for basic fairness and equality. When President Obama rose above politics to do the right thing for these brave young people we were moved, grateful, and wanted to help. We need these hardworking, talented youth to build a stronger future, and they need and deserve a chance to stop living in fear and on the margins. But the reality is that most of these young people will not have a chance to apply because of the cost. This fund is at the core of what our movement is about—standing together and making a difference in the lives of people who are part of our diverse community.”

Added L.A. Gay & Lesbian Center Chief of Staff Darrel Cummings: “These young people, like everyone else, are entitled to a life free of discrimination and full of hope. It’s gratifying and heartwarming that so many organizations and individuals have stepped forward to support those who need and deserve it.”

The Liberty Hill Foundation is overseeing the administration of the fund, which includes processing the online applications, vetting all applications, and disseminating the funds.

The LGBT Dreamers Fund will be available on a first-come, first-served basis for qualified candidates. The application will be available www.LibertyHill.org/LGBTDreamersFund beginning at 9 a.m. PST on September 21, 2012.

Organizations that have contributed so far to the fund:

Contribute to the fund at www.LibertyHill.org/LGBTDreamersContribute.

Apply for the LGBT Dreamers Fund at www.LibertyHill.org/LGBTDreamersFund beginning at 9 a.m. PST on September 21, 2012.

The National Center for Lesbian Rights is a national legal organization committed to advancing the human and civil rights of the lesbian, gay, bisexual, and transgender community through litigation, public policy advocacy, and public education. www.NCLRights.org