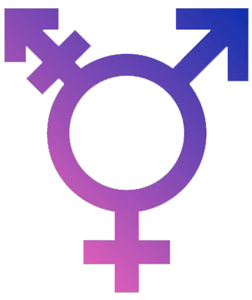 “With the passage of this bill, the transgender people of our state will have significantly greater legal protections, and that is what we rightly celebrate.  We all know the bill is not perfect, because it omits the critical protections in public accommodations that the transgender community needs and deserves. Legislation involves hard choices, and it was important not to walk away from the protections we could get today. Our work is far from done; we will continue to work for complete protections for all the members of our community.”
— Jennifer Levi, Director of Gay & Lesbian Advocates & Defenders’ (GLAD) Transgender Rights Project

“Having protections in place at the state level will help tremendously in being able to advocate for policies and practices that support rather than discriminate against transgender people at the institutional level. I finally feel included in the state in which I live and work.”
— Genny Beemyn, Director, the Stonewall Center, UMass Amherst

“The lives of our Transgender family members is about to change. And finally, for once, for the better. This is a great day in our state and we applaud the incredibly dedication of MTPC and its partners who worked tirelessly to ensure the passage of this legislation. Today, we celebrate!
– Keri Aulita, Boston Pride Deputy Director“This bill adds “gender identity” to the state’s non-discrimination statute and will amend existing hate crime laws to explicitly protect people targeted for violence and harassment joining other protected classes such as race, religion, creed, color, national origin, and sexual orientation. Massachusetts joins the 13-15 other states that have this protection as well as the many businesses that include trans protections as well.… As a young trans woman I’ve been lucky, but I’ve still experienced employment and housing discrimination and have endured harassed on the streets, at school and even in health care settings. All this discrimination adds up to have severe health consequences for transgender people and it’s no wonder that a recent national trans survey showed that 41% of trans people have attempted suicide which is around 20x higher than the general population. To cope, many of us use substances, drink, use tobacco because of crippling rates of depression in this community, but when we go into doctor’s offices, we’re often either completely refused services, experience harassment or receive substandard care.Fortunately we have a tool to do something about this endemic discrimination. We have rights in Massachusetts, finally! This is a major step in the right direction, but we’ll need to work together to ensure this is enforced so that transgender people have the same fairness in this society that most take for granted. I can’t speak more strongly about the supreme monumental importance of this bill!!”
— Emilia Dunham, Senior Research Associate, The Fenway Institute

“This is a bright day in our Commonwealth, as was the Goodrich decision (2003) and the day in 1988 when bills were signed into law (under Gov. Dukakis) to protect lesbians and gay men from workplace discrimination.

Whenever one state takes a stance for civil rights, the reverberations cannot be underestimated.  May the mainstream public gain compassion and understanding for people who deserve nothing less.

Marginalized peoples have different struggles AND shared joy in victory.  This is a happy day for all of us.”
— J.M. Sorrell, Director, SAGE Western Massachusetts

“For a state that was second in the nation with gay rights in 1989, and first in the nation with same-sex marriage in 2004, non-discrimination protections for transgender people are long overdue.”
— Joanne Herman, Author of Transgender Explained For Those Who Are Not, Board Member, Fenway Health

“We give thanks to the legislators who assisted in this endeavor of the Transgender Equal Rights Bill. Congratulations to all! This will show the state, the region and the Nation that legislation like this one are needed and that it will provide equal rights to all in our society. This will provide our transgender brothers and sisters with the recognition and rights that they deserve!  Congratulations to MTPC, Rep. Sciortino, and all who participated in this process and who have been instrumental in making this Transgender Equal Rights a reality!”
— Wilfred Labiosa, CASPAR Executive Director & Boston Pride Vice-President

“With the passage of the this bill, An Act Relative to Transgender Equal Rights, transgender residents of the state of Massachusetts will have long-awaited vital protections in employment, education, housing, credit, and hate crimes which they desperately need.  The bill offers represents an historic step forward in supporting full civil rights protections for the transgender community. The bill does not include public accommodations protections, so while we are celebrating the tremendous protections it does offer, we need to be mindful of our continued need to work to ensure equal access and opportunity for all residents regardless of how they identify or express their gender identities.”
— Ruben Hopwood, Coordinator, Transgender Health Program, Fenway Health