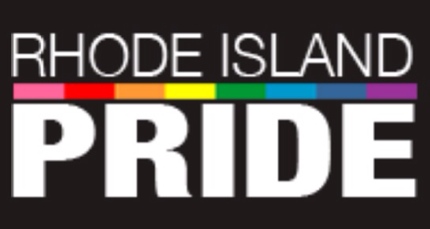 Rodney Davis, who had served in leadership since 1997, chose not to seek re-election. Stepping up to the task was longtime volunteer Kurt Bagley.

Rhode Island Pride’s board election process is conducted by requesting advance nominations from the membership for consideration by the then-current Board, which then proposes a slate for approval of each individual in a yes or no vote by the members.

The 2013 election slate included Kurt Bagley for President, Emily Douglas for Vice President, Jennifer Stevens for Secretary and William Tregaskis, Scot Vieira and Anthony DeRose for Director. All of the nominees were voted into office, joining Gwendolyn Howard, James Todd and Treasurer Rick Collier, who continue their present terms.

Other outgoing board members who chose to step down include Vice President Kate Monteiro, and Directors Brian Mills and Maureen Deloreto. Rhode Island Pride, via its press release, said it was “grateful to the outgoing Board members for their many years of dedicated service and inspirational leadership.”

At its first regular meeting, the new Board appointed Rodney Davis and Maureen Deloreto as Honorary Directors, joining William Zelazny who was honored with the appointment in 2012.

“Stepping back from my role as President of Rhode Island Pride, having served as a volunteer since 1991 comes with a great sense of accomplishment. I am humbled that I have been able to have a small part in making Rhode Island, my home, a better and more equitable place for all. However, I am still going to be working hard for the community that I am a part of and love with all of my heart,” said Davis.

Kurt Bagley is no stranger to the organization, having joined as a member in 2003 and being elected to the Board in 2006. By 2007, he was serving as Vice President and Treasurer, eventually opting to step down to just Treasurer from 2010 through 2012. He chose to rotate off the board for 2013 in order to reassess his involvement with the organization, but continued to act as the organization’s bookkeeper. Kurt’s involvement has included management of PrideFest logistics since 2008, layout design of the PrideFest for its locations at Burnside Park, Station Park and South Water Street, and coordination of the Illuminated Night Parade from 2007-2010.

“I look forward to my new role leading Rhode Island Pride and expect that we will spend some time this year to evaluate how we can best serve our community in the future. There is so much remaining to accomplish and I hope to collaborate with other outstanding organizations such as Youth Pride, Options and AIDS Care Ocean State, as well with the newly formed RILGBT Center, so that we can all share our energy and resources and maximize our collective potential to the benefit of our whole community,” said Bagley.

For more information about Rhode Island a Pride Fest 2014 visit their website here.

Rhode Island Pride is a non-profit organization. Its mission is to • Create opportunities for integrating and promoting visibility for the lesbian, gay, bisexual and transgendered community; • Promote equal rights and diversity through public education and the arts, and; • Provide safe opportunities and venues for people to come out and express and celebrate their sexual identities