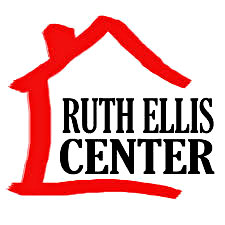 HIGHLAND PARK, Mich.—The Ruth Ellis Center this year is celebrating its 15th anniversary serving youth in Detroit and the metropolitan area. Established in 1999, Ruth Ellis Center (REC) has been and continues to be one of the nation’s leading experts in serving runway, homeless and at-risk lesbian, gay, bi-attractional, transgender and questioning (LGBTQ) youth.

At 15 years, REC’s expertise has garnered the attention of the White House, Emmy Award Winning Comedienne Wanda Sykes, the NBA and two time Grammy Award winning band Fun. REC is also working on innovative new methods of street outreach services through mobile an online engagement; these new methods will work to help reduce isolation and increase access to resources for some of the most vulnerable youth in our community.

REC values and relies on the support of its donors and volunteers. Individuals and corporations can ensure that The Center continues to have the ongoing financial resources necessary to make a positive and significant difference in the lives of LGBTQ runaway, homeless, and at-risk youth. Like many non-profits, REC relies on monetary gifts to sustain its life-saving programs. The Center also welcomes in-kind gifts of clothing for youth ages 12 to 24 of all sizes and gender expression. Volunteers also play an integral role in establishing permanent connections in the lives of young people.