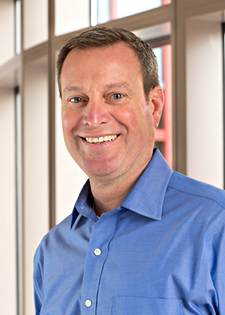 It’s no secret that LGBTQ people suffer heavily from depression given the societal pressures for gender and sexual conformity and ill-treatment by conservative and regressive family members, friends, and co-workers.

But this time of year the days are shorter and the nights come sooner and people are finding themselves experiencing the “winter blues,” otherwise known as Seasonal Affective Disorder (SAD). LGBTQ people may experience this form of depression markedly as holidays such as Thanksgiving, Christmas, Hannukah, Kwanzaa, New Years and other celebrations can trigger unpleasant memories of familial rejection, the coming out process, or reinforce traditional family values that have long oppressed our community.

“It’s a form of depression that occurs during fall and winter when the days get shorter,” said Christopher Bellonci, a child and adolescent psychologist at Tufts Medical Center. “It’s mainly a problem of people farther away from the equator, in colder regions which experience a snowy winter.”

Also known as the “winter blues” or “winter depression,” SAD mainly affects people who show symptoms of depression overall. Yet, some people who do not have depression can exhibit symptoms. Caused either by a disruption in the circadian rhythm, or sleep cycle, many studies show a direct connection between a lack of sunlight, which prevents vitamin D from being created in the body, to increased depressive symptoms.

Bellonci said finding a cure for SAD is difficult as even research on depression is incomplete.

“It’s still a tough question what exactly causes depression,” Bellonci said. “In many cases a chemical imbalance between the neurotransmitter which affects mood with depression is in play when talking about Seasonal Affective [Disorder].”

The body creates vitamin D when exposed to sunlight. In many cases, Bellonci said, people who suffer from SAD have Vitamin D deficiencies. Bellonci noted sunlight exposure is directly related to the production of several other chemicals in the brain which affect mood.

“The sun affects the endocrine physiological system,” Bellonci said. “It also appears our serotonin and melatonin levels can be affected by sunlight.”

Contrary to Bellonci’s findings, a study conducted by Elizabeth Bertone-Johnson, an associate professor of epidemiology at the University of Massachusetts Amherst, found little connection to vitamin D levels and depression.

“At this time, it is premature to conclude that vitamin D status is related to the occurrence of depression,” the study said. “Additional prospective studies of this relationship are essential.”

While the research on root causes is far from definitive, there is a solid amount of data on who SAD effects and how.

According to Bellonci, SAD can be genetically inherited, as can depression and many other mental illnesses. Teenagers and the elderly, he said, were especially vulnerable.

Younger people, especially those of secondary school and college age, have shown more prevalent symptoms of SAD according to Bellonci.

“Young adults at large have a fairly high incidence of depression,” Bellonci said, noting that gender may also play a role in one’s chances of developing SAD.

“Being female increases risk, but when men get it they have more severe symptoms.”

According to Bellonci, three treatments currently are being used to treat SAD.

“That can mimic the sun’s natural sunlight,” Bellonci stated.

Antidepressants, especially when symptoms can reach severe levels, have also been used. Bellonci noted some of his patients only use this treatment during the winter months.

“I have some patients where I literally treat them from roughly November to about April,” he added.

As with regular depression, Bellonci mentioned that psychotherapy can be used, but this method can at times be less effective.

“Since this is so physiologically based, it is unclear how effective psychotherapy can be,” he cautioned. [pullquote]There has been an increase in teen suicides due to bullying and rejection, and it’s not uncommon for LGBTQ elders to hurt themselves or take their own lives after having experienced isolation and mistreatment.[/pullquote]

The American Psychological Association (APA) claims that psychotherapy can be effective and in many cases have longer-term effects than light therapy.

The APA also cited staying active, experiencing as much daylight as possible, and doing activities which “lift your spirits [to help] avoid social isolation” are also effective behavioral changes one can make to ease the symptoms of SAD.

Familial rejection, intolerance, and ignorance are painful experiences everyone runs into, but LGBTQ people experience it in extreme amounts. There has been an increase in teen suicides due to bullying and rejection, and it’s not uncommon for LGBTQ elders to hurt themselves or take their own lives after having experienced isolation and mistreatment. As the New Year takes off, it is a good time to make new resolutions, and re-dedicate yourself to self-care, make sure you’re armed with all the knowledge needed to take care of yourself and, if necessary, get help. For more information on SAD, visit Mental Health America’s website at www.mentalhealthamerica.net and search for Seasonal Affective Disorder.