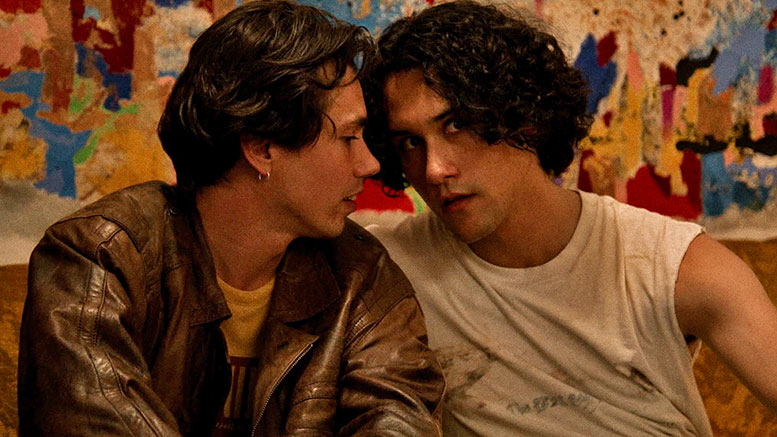 Adam in Fragments is available on Nov. 17 at Dekkoo.com; Still: Project Publicity

By: Brian Hug/Special to TRT

In the provocative, gritty drama, Adam in Fragments, a young man returns to his former life as a sex worker where he quickly re-engages with his seedy and often dangerous male clients. All appears status quo until his urge to guide a young and naïve aspiring adult film starlet and protect her from their terrorizing handler, Felix, triggers a series of events that send violent ripples through the Los Angeles underground sex trade.

“Most television shows about sex work either glorify the trade or exploit it,” out filmmaker Omar Salas Zamora explains.

Salas Zamora wrote and directed the series with Calvin Picou.

“In Adam in Fragments, we aim to examine the profession, not by sensationalizing it, but through exploring the main character and his interactions with drug dealers and johns,” said the director.

We spoke with the filmmaker on set in Los Angeles.

Q: How true-to-life is Adam in Fragments? 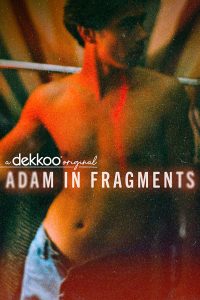 Omar Salas Zamora: Santa Monica Boulevard as a hub for sex work is pretty much extinct today. The sex industry has gone completely digital. It’s done through location-based apps. That’s great for the safety of sex workers but it is not exactly cinematic to look at cell phone screens so we leaned into our own reality.

Q: Interesting. So, it takes place in modern-day Los Angeles, but as if we were back in the 1990s.

A: Yes, maybe even earlier. Adam in Fragments is a hustler’s odyssey with a grim 70s cinema aesthetic. Santa Monica Boulevard was so much more of a community in the 70s and 80s. Hustlers protected each other and especially looked after the teenagers that would join them. They shared condoms and kept violent johns away. Now, sex workers operate on their own terms, inside whatever safe space they’ve created for themselves. So, the need for comradery isn’t there anymore.

Q: From where did you draw inspiration for the series?

A: Calvin (Picou) and I studied the photography of Eve Fowler and Philip-Lorca diCorcia who framed their hustlers in a romantic, otherworldly way. We also watched as many documentaries as we could get our hands on. It was fascinating to witness the subjects trying to grapple with the situation they’re in.

Q: The series is reminiscent of My Own Private Idaho.
A: Gus Van Sant’s _My Own Private Idaho_ is so iconic that you can’t really escape it when you’re dealing with material about hustlers. Also, Pasolini directed a fantastic movie called Attacone, about a pimp that becomes destitute when his only prostitute is sent to prison, which though not the story of Adam, has some parallels.

Q: Who is Adam?
A: Adam is an actor. He must be in order to survive. He decompartmentalizes himself and shows only pieces of himself to the person paying for his company. He is someone that has shed his own personal desires and goals and has become a cipher for the enjoyment of others. The goal was for the audience to observe him at arms-length until the final moments, questioning his choices but understanding that he must do what he does to survive.

Q: Why does he hide his identity from johns?
A: Practically, it’s for his own safety. But Adam also protects his anonymity so fiercely because he likes his ability to transform into the most desirable version of himself to each john.

Q: Is he gay?
A: I don’t think anyone could really know. Adam was abused from an early age. He never had a say on his own sexual preferences. Someone that’s struggling so hard just to survive another day doesn’t have time for such desires.

Q: Why does he reveal himself to Lucy?
A: He finds a real human connection with her. Lucy’s younger, with faith in the future. She hasn’t been poisoned yet by the business. Every other relationship in Adam’s life is transactional but he finds a friend in Lucy and for the first time in his life, puts another human being before himself. He begins to question his place in the industry.

Q: How did you choose Beau Swartz for the role of Adam?
A: It was never not going to be Beau. I collaborated with him on the short film version of Adam In Fragments in 2019. Even though the short is its own encapsulated story, it always felt like that character had more to him. When this project became more realistic, I called Beau because if he weren’t on board, I would have never done it.

Q: What were some of the challenges in making Adam in Fragments?
A: Timing; or rather lack of it. Everyone, the actors, and crew have such busy schedules and it’s difficult coordinating everyone’s schedules in a way that allows us to create a world on film. We were lucky we had the caliber of actors we had who took the material seriously and were determined to produce a stellar project.

Q: Did you have an intimacy director on set?
A: It was discussed but we opted to have a minimal crew instead. Any scene that involved nudity would be directed from another room, leaving only the cinematographer and boom operator in the room. When it comes to filming nude scenes, the most important thing is to make sure the actors are comfortable with each and every movement.

Q: What is one lesson you learned about the sex industry from the filming of Adam in Fragments?
A: Just a few years ago, sex workers were impulsively characterized as wounded people and victims. As a society, we’re beginning to understand there’s a healthy side to this world. The sex trade has been destigmatized in recent years and that’s a good thing for the Adams of the world.

Adam in Fragments is available for streaming on Dekkoo on November 17, 2022. For more information, visit Dekkoo.com.