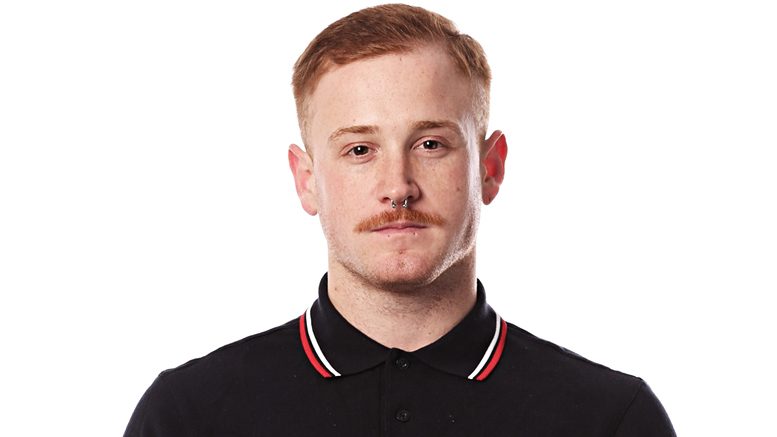 Violence against LGBTQ people is on the rise and the attacks come from most institutions, parties

My friends and I were out on the night of the Pulse massacre, celebrating the end of Boston Pride and losing ourselves on the dance floor, belting our hearts out to “Freedom” by George Michael.

While we threw our arms around each other’s shoulders, shirtless and drenched in sweat, I closed my eyes and reflected for a moment on how far we had come, and on all the trailblazers, from Stonewall, to ACT UP, to the marriage equality movement, who fought to get us here.

I knew that we stood on the shoulders of giants and it made me proud—proud to be gay and proud to have been apart of those struggles.

Then I woke up the next morning and saw the news: almost 50 dead. I was stunned, horrified. The more I read the more my heart sank. The more I watched mothers frantically looking for their children, the more I learned about the victims—their names, their stories, their faces—the more I broke down and cried.

There’s something deeply disturbing about the fact that mass shootings have become so commonplace in America that you slowly become numb to the carnage. But Orlando was different.

Not only was it the largest mass shooting in modern American history, but it happened in a place where gay and trans people go to celebrate and find refuge, the one place where queer people have been allowed to forget about society’s bull$hit—the stares, the insults, the rejection, the judgment— and let down their hair down and just get away. Orlando showed us that in America, not even gay bars are safe.

After witnessing the carnage in Orlando, LGBTQ people are scared—and rightfully so. Many want to know how to stop something like this from ever happening again. Unfortunately, the solutions from politicians in the corridors of power, both Democrat and Republican, will do little to keep us safe and more to strengthen the surveillance state and empower the police.

On the one hand, there are the neanderthals in the Republican Party who’ve built their political careers peddling homophobia and bigotry, and can barely bring themselves to mention that gay and trans people were the victims of Orlando’s attack. Let us also not forget that most of the people killed in the attack were Latin LGBTQ people.

Republican Presidential candidate Donald Trump wasted no time in exploiting the attack to spew racist lies about Muslims and whip up anti-immigrant bigotry.

Thankfully, many in the LGBTQ community have refused to give into this racist scapegoating. At vigils all across the country people held signs declaring, “Islam is not the enemy” and “No to homophobia, No to Islamophobia.”

There’s a sentiment among many queers and allies that the Republicans have no right exploiting this tragedy to further their own bigoted and racist agenda. That is an important and positive development.

On the other hand are the Democrats, who at least pay tribute to Orlando as an attack on the LGBTQ community, but offer up no real solutions. Instead, after the shooting, Democrats like Hillary Clinton—and even Bernie Sanders—used their platforms to drum up support for “getting tough” on ISIS and making it harder for known terrorists and criminals to get guns.

But the Orlando gunman Omar Mateen was born and raised not in the Middle East but in the U.S. It wasn’t ISIS that taught him how to use a gun but his employer, G4S, one of the largest private security firms in the world.

And although an investigation is still ongoing, evidence points to Mateen’s mental instability and infatuation with violence, power and control—evident in a history of abuse towards others and typical characteristics in the profile of most mass shooters—played a bigger role than any religious beliefs.

The main solutions being put forward by politicians and embraced by many people are tighter gun control laws and more policing. Many LGBTQ organizations called for stepped-up police presence at this year’s Pride parades and celebrations. And last week Congressional Democrats, with broad support, staged a sit-in on the Senate floor demanding gun control legislation.

But will more cops or tighter gun controls laws actually make LGBTQ people safe, or prevent shootings like this from happening again? The answer is no.

Dig beneath the media hype surrounding last week’s sit-in by Democrats in Congress and it’s clear that the legislation they were pushing would do little to keep LGBTQ people safe from violence, but more to increase racial profiling against poor Black and Brown communities and shred civil liberties for Arabs and Muslims already targeted by the state.

And, contrary to what we’re told, there’s little reason to believe that putting more cops on the street at Pride or in front of gay bars will do much to stop something like Orlando from happening again. The Boston Marathon is one of the most heavily policed events in the country, but despite that, in 2013 two brothers were able to blow up homemade bombs that killed three and injured dozens more.

Far from making LGBTQ people safer, police are one of the largest perpetrators of violence against the most marginalized sections of the LGBTQ community.

The Black Lives Matter movement has exposed the depths of systemic racism in American policing and the ease and regularity at which police profile, harass, brutalize and even kill people of color and poor people. A disproportionately high number of people targeted by police and warehoused in America’s jails and prisons are LGBTQ people of color.

Homeless LGBTQ youth and sex workers, many of them trans women of color, have been aggressively targeted by the advent of “quality of life laws” in most major cities throughout the 1990s that criminalized panhandling, loitering, and other petty infractions.

But far from making communities safer, “broken-windows policing” has targeted the poorest and most vulnerable in society. Close to 20 percent of Black trans women have been incarcerated and more than 40 percent report being harassed and threatened by the police.

For LGBTQ people of color, homeless youth, the undocumented and poor queers, cops are a source of fear, not security.

In San Francisco, a number of organizations and individuals—including some who were to be honorees—withdrew from last weekend’s Pride because of the increased police presence.

“The San Francisco police department has proven time and again—by racially profiling and murdering black people, black trans people—that they cannot keep us safe,” said Black Lives Matter spokeswoman Shanelle Johnson. “We know that some people will feel safe at Pride, but we will not.”

What then is the solution? How do we stop another Orlando?

The first thing we should fight for is full federal equality, and it’s a shame that mainstream LGBTQ organizations are not using this moment to call for a renewed grassroots movement beyond voting in the Fall elections.

It’s unbelievable that in 2016, at a time when gay marriage is now legal nationwide and an overwhelming majority of Americans support full equality, LGBTQ people can still be fired or denied employment or housing in a majority of states—including Florida.

Omar Mateen’s bigotry and internalized homophobia didn’t come from nowhere—it was fueled by a society whose most powerful political institutions continue to legislate discrimination and second-class citizenship. Where is the Democrats’ sense of urgency to have a sit-in for an LGBTQ inclusive Employment Non-Discrimination Act?

The Religious Right needs to be challenged and driven out of business. Right wing organizations proposed more than 200 pieces of anti-LGBT legislation this past year alone—most of them anti-transgender bathroom bills and phony “Religious Freedom” laws that are nothing but a disguise to promote homophobia and legislate discrimination.

In the process they’ve spewed vile transphobic rhetoric and given confidence to bigots everywhere. Is it any surprise then that there’s been an increase in anti-LGBT hate crimes and suicides?

We also need to fight for a single payer universal healthcare system, one that invests enormous resources into creating a fully funded and comprehensive mental health care system that can get to people before they break.

That includes fully funding public education—stopping the current regime of austerity and testing madness and ensuring that every school has adequate wraparound social services and meaningful curriculum focused on social and emotional development.

If we’re serious about ending violence against queer and trans people then we have to demand the government disarm the police and end the criminalization of poverty. We need to demand the government invest in building shelters and ending homelessness, eliminating poverty, creating safe schools, and building a society that embraces people all across the sexual and gender spectrum.

If we’re serious about ending violence against queer and trans people then we have to demand the government disarm the police and end the criminalization of poverty. We need to demand the government invest in building shelters and ending homelessness, eliminating poverty, creating safe schools, and building a society that embraces people all across the sexual and gender spectrum.

Finally, we need to ask some hard questions about the DNA of a country founded on unimaginable levels of violence.

From its founding genocide of Native Americans and enslavement of Africans to its economic reliance on backbreaking exploitation of immigrant workers to its countless wars, occupations and coups that have left millions dead and destroyed entire countries to the brutality of police and prisons against working class and poor people—disproportionately Black and Brown—American capitalism has employed unspeakable violence to build and maintain itself.

Eventually, in a society as alienating and cutthroat as this one, people turn on each other and that violence comes trickling down, and it’s the most vulnerable who pay the price. These are the deep roots of American violence. To dig up those roots we need to fight for an entirely different system—one based on solidarity and cooperation, not war, bigotry and greed.

*Keegan O’Brien is a queer socialist activist and writer from Boston who recently graduated from the University of Massachusetts Boston with a Master’s degree in Education. His writing has appeared in The Nation, Electronic Intifada, Jacobin Magazine, Socialist Worker, and the International Socialist Review.