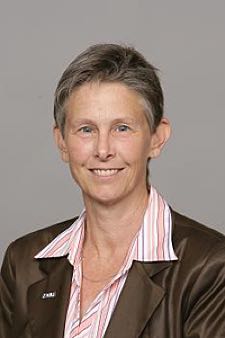 The story is current. But you can be forgiven for thinking it’s from 10 years ago. Or 50.

Shannon Miller was one of the most successful coaches in college athletics—any sport, both genders. She won five women’s ice hockey NCAA national championships at the University of Minnesota Duluth (and a medal with the Canadian Olympic team).

Just before New Year’s, though, she was fired. The reason? Her salary was too high.

Interestingly, Miller—and all her assistant coaches—are lesbian or bisexual.

This is not the first curious dismissal of a female college coach in recent years. Last year, veteran University of Iowa field hockey coach Tracey Griesbaum was fired, despite being cleared of charges that she had been verbally abusive. Griesbaum’s partner—a woman who was an athletic administrator at Iowa—was reassigned to other duties, soon after Griesbaum’s dismissal.

The year before, University of Texas woman’s track and field coach Bev Kearney was offered a choice—resign or be fired—for having a consensual sexual relationship with an athlete on her team.

These are just three of nearly a dozen gender-related incidents reported by Pat Griffin in a Huffington Post story called “College Athletics’ War on Women Coaches.” All occurred within the past decade. And all cause LGBT activists like Helen Carroll to wonder why male and female coaches are treated so differently, in so many ways.

UMD’s retention of the less successful, more costly men’s hockey staff is not an isolated incident. Carroll – the sports project director at the National Center for Lesbian Rights—notes that Iowa’s Griesbaum was held to a different standard than male coaches. “Guys say aggressive things all the time, without being fired,” Carroll says. “The consequences here were really severe. Can you imagine Jim Harbaugh being fired for something like that?”

At Texas, according to Griffin, Kearney’s sex and race discrimination lawsuit says that “male coaches who had sexual relationships with female students were either not disciplined or received lighter punishments and retained their jobs.”

“Sexism and homophobia are intertwined,” Carroll claims. “You can’t separate the two.”

And the twin forces of discrimination affect all women, regardless of their sexual orientation. “Every woman in sports faces stereotypes,” Carroll says. “There’s a certain standard of appearance that the people in charge want to put forth. [pullquote]Carroll—the sports project director at the National Center for Lesbian Rights—notes that Iowa’s Griesbaum was held to a different standard than male coaches.[/pullquote]

Almost always, of course the people in charge are males. Carroll points with chagrin to the University of Tennessee. For decades, she says, that school had a superb women’s athletics program. Run by Joan Cronan—and separate from the men’s department—it achieved renown in a number of sports. Cronan battled for equality in pay, sponsorships and facilities with men’s athletics.

But when she retired in 2012, the men’s and women’s departments were merged. The combined athletic director—a male—dismissed a number of very experienced, successful women from positions in athletic training, sports information and health and wellness. He replaced them with men. Lawsuits are ongoing.

Taken together, Carroll says, the effects are devastating. Women are being eliminated from positions of leadership, and leadership tracks. Further, the consequences of being let go are different than for men. Males, Carroll says, are quickly hired for new jobs. The stigma against fired women—some of it related to perceptions (real or imagined) about sexual orientation—prevents them from finding new jobs in their profession.

“These are experienced, strong coaches,” Carroll says. “They’re not novices. But once they’re gone, they never coach or work in athletics again.”

It happens, she reiterates, because of “sexism in sports. Look at the leaders. It’s guy athletic directors making decisions, lots of times backed by their college presidents. It’s all because men’s athletics brings in the big money. I’d like to think this doesn’t happen in 2015. But it does.”

There are signs of progress. The Women’s Basketball Coaches Association has set up strong support systems. Nevin Caple just launched Coaches Corner [www.mycoachescorner.org], an online networking platform and comprehensive resource center for coaches and athletic administrators—male and female—at all levels of women and girls’ sports.

Will men find the site, and utilize it? They should. Right now they hold positions of power—and thus seem to hold the key to women’s sports.

But Carroll is not pinning all her hopes on men. [pullquote]Will men find the site, and utilize it? They should. Right now they hold positions of power—and thus seem to hold the key to women’s sports.[/pullquote]

“I’m optimistic, because there’s a group of strong young women coming up,” she says. “They’re interested in athletics. They’re coaches, and members of the LGBT Sports Coalition. They’re willing to fight.”

And—so long as they’re all not fired—they’ll fight for women in sports for decades to come.