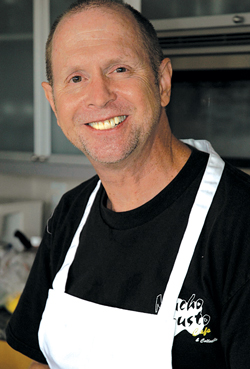 What’s up with that? Why is this happening? A recent survey published by the Centers for Disease Control, CDC, suggests that food allergies among children under age 18 increased by over 50 percent in the last decade, and may now affect more than 5 percent of kids nationwide – that’s millions of kids. Offending foods include milk, soy, wheat, peanut, egg, tree nuts, fish and shellfish. There’s also evidence that peanut allergy has doubled in just the last five years.

These used to be very rare. How many kids with a food allergy did you know growing up? Now, they’re commonplace – ask any school nurse. In nearly every classroom, one or more children have a food allergy, and because allergies are immune system disorders that can affect multiple body systems at once, they must be taken very seriously. Exposure to even small amounts can send victims into shock and even result in death, hence the bans on PB&J sandwiches in school lunchrooms and birthday party prohibitions that have lots of parents up in arms. [pullquote]Offending foods include milk, soy, wheat, peanut, egg, tree nuts, fish and shellfish. There’s also evidence that peanut allergy has doubled in just the last five years.[/pullquote]

While theories abound, researchers don’t know what causes a food allergy or why they are on the rise. Is it something in the environment? Does heredity play a role? Maybe it’s a result of changes in our food supply – food additives, GMO foods, antibiotics and hormones? Could it just be that hyper-vigilant parents are paying closer attention to reactions and seeking treatment? Or, is it a combination of these factors?

One theory gaining traction is that we’re too clean. Some scientists believe that exposure to germs and parasites in early childhood may prevent the body from developing certain allergies. Could the legacy of our obsession with disinfectants and antibiotics, antibacterial soaps, sprays and sanitizing gels in the U.S. be a generation of kids with underdeveloped immune systems? Two findings in the CDC survey may bolster this theory – food allergy rates were highest among the most affluent participants, and foreign-born children had the lowest.

What do you think is going on? I’d love to hear your thoughts about childhood food allergies.

*Share your family’s experience, ask a question or suggest a topic for a future article – contact me: john@muchogusto.com or visit www.muchogusto.com and join our Latin food forum. Until next time – ¡Mucho Gusto!, ¡Muchas Gracias! y ¡Buen Provecho!