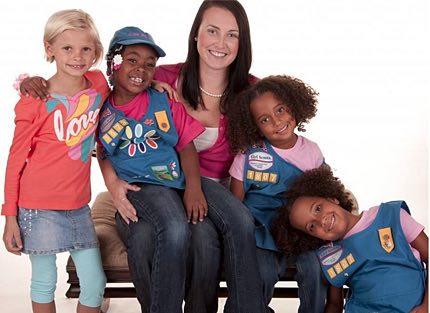 A gay pride Girl Scouts troop has opened up in Salt Lake City. The group will welcome transgender youth and children from LGBT families.

“Girl Scouts is all about empowering girls to become leaders who make the world a better place,” Shari Solomon-Kleba, who has helped start troops at shelters and refugee centers, said. “Why not at the Pride Center?”

Olivia Cloe, 39-year-old ultrasound technician with a grown son who is gay, volunteered to be a leader. She said Girl Scouts helped her make friends as a child. [pullquote]Currently there are no transgender children in the troop. The troop is emphasizing that children from LGBT parents are encouraged to join as well.[/pullquote]

The troop had their first meeting last week with five girls ages 7 to 11. The girls sang song, learned the Girl Scout handshake and made friendship bracelets.

Sarah Hemmert brought her two daughters because she has family members who don’t identify to the gender they were born and she wants her daughters to be where “their family dynamic is accepted.”

“They loved it,” she said. “They had a great time, and they want to go back.”

Currently there are no transgender children in the troop. The troop is emphasizing that children from LGBT parents are encouraged to join as well.

“These girls will be able to enjoy the Girl Scouts the way girls who are from regular, heterosexual families are able to enjoy it,” Utah Pride Center Director Sheila Raboy said.

Boy Scouts allow gay scout members as of 2013, but still do not allow gay adult leaders. Raboy said she is planning to reach out to the Boy Scouts soon.

Nationally, transgender kids recognized as girls by families and communities can join Girl Scouts, as can LGBT youth and leaders, Director of Communications Joshua Ackley said. The organization doesn’t track information on LGBT-pride groups so it is unclear how many troops are affiliated with that community.

Op-Ed: A “Yes” Vote For This Human Rights Issue