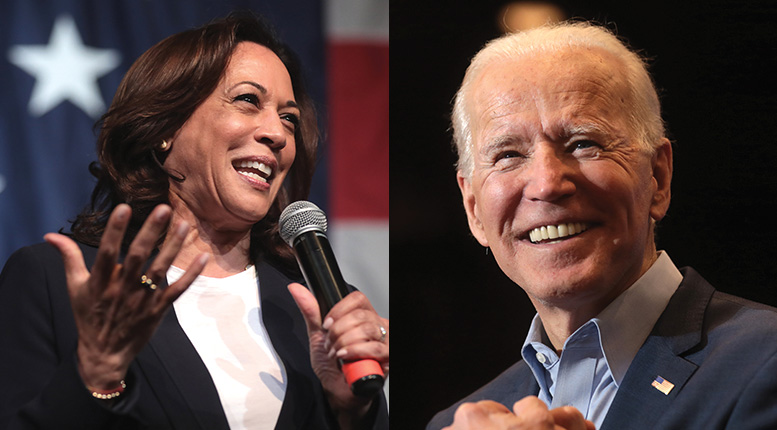 Like many Americans and others around the world, I stayed up nearly all night on election night, clenching onto the presidential election results as they rolled in, slowly, but surely. Initially, I was in utter disbelief when the results misleadingly represented a Trump win. However, once I realized the vote count we were seeing was highly skewed, mostly displaying same-day votes, I was more than relieved. Millions of mail-in ballots hadn’t even been counted yet, especially since Democrats were far more likely to vote by mail during the pandemic, while Republicans showed up more in person on Election Day.

Eventually, the Democrats defeated Trump, securing a Biden win and I found the air noticeably lighter, while being able to breathe deeply again for the first time in nearly 4 years. Yet, I found myself troubled and astounded at just how close this race was, with over 70 million Americans casting their votes for Trump—even after all we have been through over these past 4 years and all the abuses so many Americans have suffered as a result of Trump’s “leadership.”

Over the last four years, Trump, a documented racist and demagogue himself, has lead by a reign of terror. He purposely emboldened white supremacists, intentionally blew dog whistles to create civil unrest—pinning Americans against Americans—especially to devalue Black lives. He has encouraged men to sexually assault women, and has mocked disabled people, including children that are battling a stutter. And, it doesn’t stop there.

Contrary to what some people argue, Trump destroyed our economy. He didn’t build it up. He tore down the economic real estate that the Obama Administration developed and that he inherited, and like several other of his business failings, he somehow managed to create the worst economy we’ve faced since the Great Depression.

From the beginning, Trump has always discredited science, only clinging on to those who will do and say what he wants them to do. Otherwise, they will be fired; that has been the trend. Most notably, slanted loyalty is most important to Trump, which has landed countless high-level Trump administration officials and employees to arrest and jail, in many cases.

Trump has cozied up to dictators and regimes around the world and has developed business negotiations through his organization via surrogate earning millions off of the presidency.

Recently, we learned why Trump didn’t want to release his taxes. The New York Times reported that over the past 15 years, Trump paid nearly nothing in taxes—just $750 for two of the 15 years. Knowing that he stiffed his personal contractors out of thousands of earned dollars was just the start of his legacy of cons. The biggest con was winning the presidency in 2016.

Still to this day, more than 500 immigrant children are detained in cages due to the cruelty of his administration and the ineptitude of his government, unable to locate their parents taken by immigration officials. Those same parents were seeking asylum from persecution in their native land, a right afforded by this country. Lady Liberty shines her torch bright, but it has been extinguished and dismantled by the Trump administration. But, it’s all good because they’re not white kids, right Trump supporters? Right, Melania?

The LGBTQ+ community has been under siege as well, especially the transgender community. One of Trump’s first orders of business was to institute a trans military ban—banning more than 15,000 trans troops that have given their lives to serve to protect us every day. Same-sex marriage has been threatened, and Trump appointed some of the most conservative justices in the country, voicing support of reversing Roe v. Wade and same-sex marriage. He also filled over 150 judicial appointments where none of the judges considered were people of color, yet he claims to be the president who has “done the most for the Black community”—a blatant lie, as per usual. He cannot keep his lies straight.

Trump, as recorded on tape by award-winning journalist and author Bob Woodward, lied repeatedly to the American people about COVID-19. The deadly virus continues to kill us, while Trump ignores medical experts and encourages followers not to wear masks or social distance. His inaction to tackle the virus and listen to scientists and medical experts has caused the U.S. to have the highest COVID-19 death rate and infection in the world. We are now looking into 2021-2022 before we will be able to resume some sense of normalcy and eradicate the virus from our shores.

We, the people, have become a laughing stock all around the globe due to Trump’s ineptitude, incompetence and inability to create unity. Instead, he thrives on chaos to sow division among us. He has desecrated everything sacred about the presidency, which he has also used as a business venture, exploiting access to world leaders to build his personal enterprise.

And, now, he is destroying the beacon of our democracy—our democratic election process and Republicans are joining him in obstructing our vote and the American system as a whole. I believe his actions are the actions of a desperate man trying to remain protected to avoid prosecution that awaits him post-presidency for all he has done.

Yet, millions still voted for him—mostly white folks. What does that say to us? To you? To Americans? To the world?

The answer to that question is a reckoning this country must come to grips with in the days ahead.

*Nicole Lashomb is the Editor-in-Chief of The Rainbow Times and Co-Executive Director of Project Out. She received her BM from the esteemed Crane School of Music and an MBA from Marylhurst University. Contact Nicole at editor@therainbowtimesmass.com.