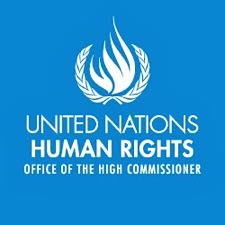 GENEVA, Switzerland—For the first time in its history, today the United Nations Committee Against Torture (CAT) expressed concern over the dangerous and discredited practice of conversion therapy being used on LGBT youth in the United States.

This historic development comes a day after leaders from the National Center for Lesbian Rights’ (NCLR) #BornPerfect campaign, Samantha Ames and Samuel Brinton, testified before the Committee and the U.S. State Department and asked them to address the practice with the U.S. government.

Along with other signatories to the Convention Against Torture, the U.S. is reviewed by CAT about its compliance with the convention, which prevents both torture and cruel, inhuman, and degrading treatment. In addition to conversion therapy, issues such as police violence, detention of prisoners in Guantanamo Bay, and the sexual abuse of children by priests were raised as matters for the U.S. to address. The American delegation will have a chance to respond to these issues tomorrow.

CAT members Jens Modvig of Denmark, Sabtyabhoosun Gupt Domah of Mauritius, and Sapana Pradhan Malla of Nepal, repeatedly asked U.S. Department of State representatives why conversion therapy is still being practiced on LGBT youth despite the fact that it has been condemned by every major medical organization, and is known to lead to severe depression and even suicide. [pullquote]“Today, for the first time, a United Nations committee recognized that conversion therapy is an issue of international human rights,” said Ames, NCLR’s #BornPerfect Campaign Coordinator.[/pullquote]

“Today, for the first time, a United Nations committee recognized that conversion therapy is an issue of international human rights,” said Ames, NCLR’s #BornPerfect Campaign Coordinator. “We are incredibly grateful to the Committee Against Torture for raising up the voices of conversion therapy survivors, and ensuring their suffering is finally being vindicated. Today was a historic day for LGBT people in the United States and around the world. There is no going back.”

“Hearing CAT bring this issue forward is a moment I will never forget,” said Brinton, a co-chair of the #BornPerfect Advisory Committee who testified about his experience as a conversion therapy survivor. “Survivors generally feel that no one cares about the cruel, inhuman, and degrading treatment we suffered in conversion therapy. Somebody cares now. The Committee just used its voice to bring this issue forward and we survivors are never going to be silenced again.”

NCLR’s #BornPerfect campaign is a national effort aimed at ending conversion therapy in the next five years by passing laws across the country to protect LGBT youth, fighting in courtrooms to ensure their safety, and raising awareness about the serious harms caused by these dangerous practices.