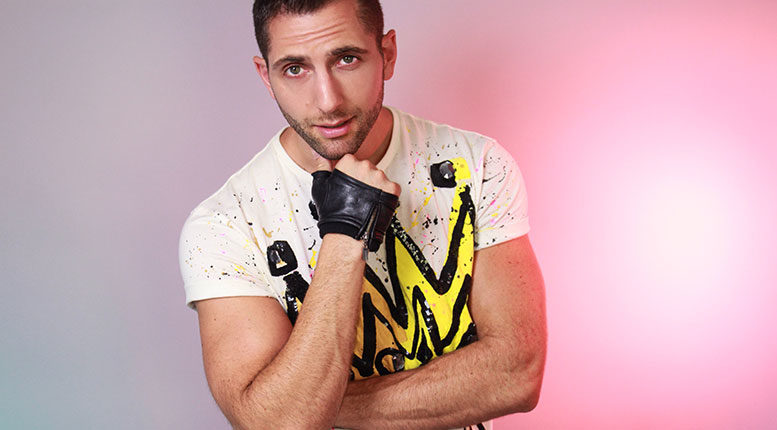 By: Robert Hassilow/Special to TRT—

Jake Resnicow may be one of the world’s top gay party producers today – recently producing the main dance floor events at Miami’s White Party and Vienna’s LifeBall – but he got his start here in New England.

“I began at 14, DJing and MCing bar-mitzvahs, weddings and parties for Siagel Productions,” explains the Newton, Massachusetts’ native. “I remember feeling like I had the coolest job in the world. I loved putting smiles on people’s faces.”

He looks back fondly on his days in Newton.

“I have wonderful memories playing soccer, sneaking into Brae Burn Country Club late at night to go sledding down the golf course, and crushing on boys at summer camp in Cape Cod,” he said.

His one regret was never coming out to his father who passed away suddenly in a car accident when Jake was 17.

“He was such a big influence in my life,” he explained.

He would go on to follow his father’s footsteps, attending college at Tufts, where he got his first taste of nightlife in Boston’s gay club scene where he “was immediately captivated by the lights, culture, and energy.”

Friends introduced him to the even grander club scene of the Big Apple. Then, on a trip to Spain, he attended a gay music festival called Matinee. “That’s when I really experienced what nightlife could do. The theatrics, the production, everything was just taken to a level I never imagined to be possible.” The producers behind Matinee encouraged Jake to introduce the party to the states.

He took them up on the challenge and in 2010; Jake introduced Matinee at New York City Pride, taking over Governor’s Island with a spectacular event that included a surprise performance by Natasha Bedingfield and fireworks.

“That was the moment I knew I found my calling,” he recalls.

His plans for WorldPride in New York will be the biggest of his career. In celebration of the 50th anniversary of Stonewall, Jake is partnering with WE Party to bring the entire LGBTQ community and its allies under one roof and on one enormous dance floor at New York’s largest and most prestigious venue, the Jacob Javits Center. Located in the heart of Manhattan, Jacob Javits is a mammoth 1,800,000 square feet, running the entire city blocks between 34th and 40th Streets, and offering, by far, the largest capacity of all Pride venues.

100% of the net proceeds will benefit LifeBeat and the Stonewall Gives Back Initiative.

“My advice to gay youth in New England is to find something you are passionate about,” Jake reflects. “It takes tremendous drive to keep going in this crazy world, especially when the odds are stacked against you but if you do something you love, you are naturally going to succeed.”

For those interested in event planning, Jake says his New York City and Miami-based company is always looking for interns and mentees and encourages New Englanders to reach out to him.

“My heart will always belong to New England,” he says. “I return home every couple of months to see my family, reconnect with friends, and catch a Patriots game. My family has had Pats season tickets since the team was the Boston Patriots!”

He adds that he often still slips into his “Bahston” accent and will never let go of his 617 area code.