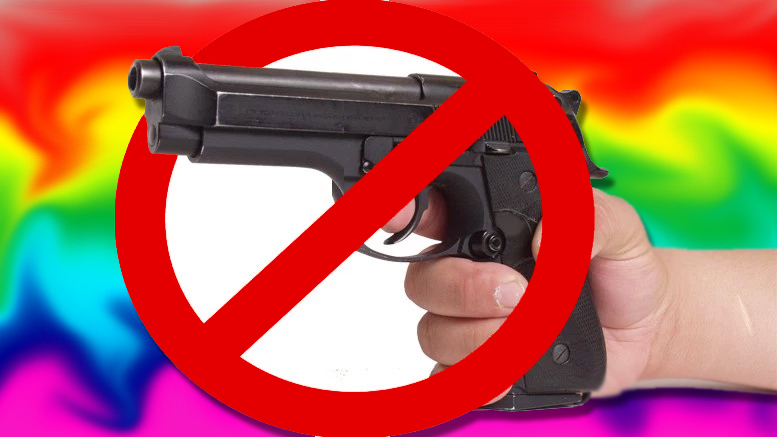 WASHINGTON, D.C.—On the one-month anniversary of the massacre at the Pulse nightclub in Orlando and just days after the horrific tragedy in Dallas, today people who lost loved ones in Orlando, gun owners, LGBTQ advocates, and gun violence prevention activists joined together to deliver 1,201,758 signatures to members of the Congressional Progressive Caucus, demanding that Congress ban sales of assault weapons and regulate those in circulation. The assault weapon ban expired in September 2004.

Assault weapons were used to murder five people in Dallas, 49 people in Orlando, 26 people in Sandy Hook, 12 people in Aurora, and 14 people in San Bernardino. These weapons of war are available for purchase online, at trade shows, and through gun brokers across our nation, and they have become the weapon of choice for mass shooters.

“To Congress I have this message,” said Orlando native and MoveOn.org Social and Cultural Producer Benjamin O’Keefe. “I too thought that it would never happen to me. Even as I fought to end gun violence, I still never had the conviction that personal tragedy brings. But I’m here to tell you that it can happen. It can happen to your mother. Your father. Your brother. Your sister. Your son. Your daughter. Your friend. Your neighbor. Maybe even you. The time to ban assault weapons is now. Because trust me, when ‘they’ becomes ‘me,’ it will be too late.”

“Military-style assault weapons have no place in our cities and towns. They have no place on our streets. We need to ban these weapons of war now, while also fighting for Black civil rights and against the structural racism that claimed the lives of Alton Sterling and Philandro Castile last week at the hands of the police,” said MoveOn.org Washington Director Ben Wikler.

“Despite the significant gains we’ve made in the last several years toward equality,” said National LGBTQ Task Force Action Fund Acting Executive Director Russell Roybal, “LGBTQ people are still targets of hate, violence, and murder. Yet in America, gun violence hurts us all. In fact, every year, over 30,000 people are killed by firearms. Today, we call on all members of Congress to stand on the right side of history and join us in ending gun violence in America by passing strong gun control legislation. We urge them to take this next step by passing this assault weapons ban.”

“As a firearms owner, a conservative, a former police officer, and the father of a current police officer, I’m proud to stand here today, demanding that Congress ban assault weapons. Firearms owners must become part of the solution. Otherwise we are complicit in arming murderers and those who wish to cause harm to our fellow citizens and the nation as a whole,” said American Coalition for Responsible Gun Ownership Executive Director Mark Carman.

“The National Association of Women Law Enforcement Executives supports national and local efforts to decrease gun violence,” said National Association of Women Law Enforcement Executives Vice President Mary O’Connor in written comments, as she was not able to attend the petition delivery in person. “Our members not only must try to prevent the senseless deaths that have been a result of the many mass shootings in our country, but also can have the horrible task of informing the loved ones of these victims. Many of these deaths and injuries are a result of the use of assault weapons during these heinous crimes. We urge Congress to renew the assault weapons ban. We also believe stronger legislation must be enacted to make it harder for those who shouldn’t have guns to get them.”

“We failed as a nation to ban assault weapons after the Sandy Hook tragedy and we have continued to allow dangerous hateful people to hunt innocent human beings with these weapons of war. It’s time for Congress to say NO to assault weapons,” said Newtown Action Alliance Chairman Po Murray.

In addition to banning assault weapons, as the deaths of Alton Sterling, Philandro Castile, and at least 140 Black men and women this year alone at the hands of the police make horrifically clear, we also must confront our nation’s legacy of structural racism, the right-wing politics of division and hate, and other aspects of America’s gun violence problem.

The petitions to ban assault weapons were circulated by MoveOn.org, UltraViolet, Democracy for America, Daily Kos, the Progressive Change Campaign Committee, and MomsRising.

VIEW THE LARGEST OF THE PETITIONS DELIVERED HERE: http://petitions.moveon.org/sign/ban-assault-weapons-now-4