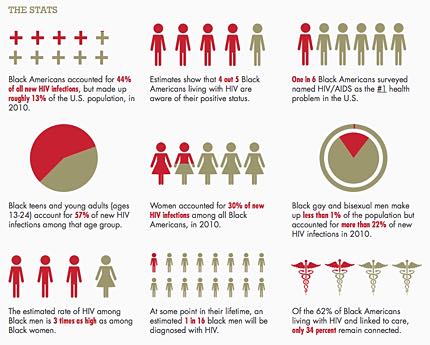 The Feb. 9 event was postponed due to inclement weather.

The Feb. 25 event will be held to mark the 15th annual National Black HIV/AIDS Awareness Day, which took place February 7. [pullquote]In Massachusetts, Black people make up only six percent of the state’s population, but comprise 30 percent of those living with HIV/AIDS.[/pullquote]

On Feb. 25, AIDS Action will partner with the Men’s Health League, a program of the Cambridge Health Department, to raise awareness and foster dialogue about the impact of HIV/AIDS on communities of color. The event will include discussion about outreach initiatives into the Black community, and an overview of HIV/AIDS in the Black community. Free HIV testing will also be available. Light refreshments will be served. The event takes place noon-2 p.m. at AIDS Action Committee, 359 Green St., Cambridge. The event is free and open to the public, but an RSVP is preferred. Please contact Anissa Ray at aray@acc.org or call 617-599-0211.

National Black HIV/AIDS Awareness Day is organized by a coalition of groups that provide assistance to Black communities impacted by HIV and AIDS. Events marking the day are devoted to education, testing, involvement, and treatment. As it has been for the past three years, the theme of this year’s day is “I am My Brother’s/Sister’s Keeper: FIGHT HIV/AIDS!”

Black people are disproportionately impacted by HIV. In Massachusetts, Black people make up only six percent of the state’s population, but comprise 30 percent of those living with HIV/AIDS. Between 2006 to 2010, there was a 48 percent increase in new HIV incidences among Black gay, bisexual, and other men who have sex with men (MSM) aged 13-29, according to the US Centers for Disease Control.

“The Black community has the highest rate of HIV infection of all racial and ethnic groups in the United States,” said Carl Sciortino, Executive Director of AIDS Action Committee. “The only way to stop the virus from spreading is through education about HIV transmission and prevention, HIV testing, and treatment. We must fight the continued stigma surrounding HIV, which prevents people from getting tested or seeking treatment. We need to keep talking about HIV in the Black community and ensure there are appropriate resources to combat the virus.”

AIDS Action provides outreach, education, and prevention services to Black men and women vulnerable to HIV. For 25 years, AIDS Action has called attention annually to the issue through the Bayard Rustin Breakfast, a community event that brings together nearly 500 Black community members who are living with HIV or otherwise impacted by the virus. Named for Bayard Rustin, one of the unsung heroes of the Civil Rights Movement who was gay, the Breakfast celebrates those who have shown uncommon courage in fighting HIV/AIDS in communities of color. This year’s Bayard Rustin Breakfast will take place Saturday, April 04, 2015.