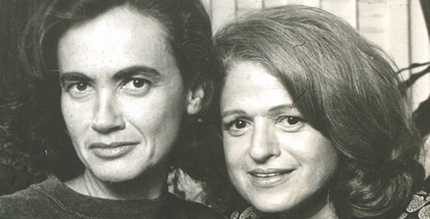 By: Chris Ott*/Special to TRT–

BOSTON, Mass. –On March 27, the U.S. Supreme Court will hear arguments in Windsor v. U.S., a case that could determine how quickly our country ends discrimination against lesbian and gay couples.

ACLU client Edie Windsor is challenging the misnamed “Defense” of Marriage Act (DOMA). Because of DOMA, Edie was forced to pay more than $360,000 in federal estate taxes after her beloved spouse Thea died in 2009.

Edie and Thea spent 44 years together. After a very long engagement, they were finally able to legally marry two years before Thea’s death after a long fight with multiple sclerosis. And if Edie had been married to a man, she would not have had to pay any estate taxes after Thea’s death.That’s how it should be. Edie Windsor’s case is about ensuring fairness and ending discrimination.

[pullquote]Under DOMA, the federal government denies legally married same-sex couples the same benefits and protections that other married couples and their families count on. [/pullquote] These include the ability to participate in health care plans without incurring additional taxes, take family medical leave to care for a spouse, receive Social Security survivor benefits, and inherit property — including a home shared as a married couple — without having to pay enormous taxes when a beloved spouse dies.

Legally married same-sex couples in Massachusetts pay taxes, vote, serve in the military, and run businesses. They work hard and pay into the same system as everyone else. When same-sex couples take on the responsibility of marriage, it’s wrong for the federal government to discriminate against them.

If Edie prevails in her case, this pernicious form of discrimination couples will be lifted.

The ruling won’t require any new states to allow same-sex couples to marry, but there is plenty evidence that the country is ready for the Court to strike down DOMA and uphold the freedom to marry for same-sex couples as well. Polls show a majority of the American public now opposes DOMA and supports equal marriage rights.

That change of heart has also made itself heard on Election Day. Last November, voters explicitly said yes to the freedom to marry in three states — Washington, Maryland and Maine — while voting to prohibit discrimination in a fourth, Minnesota.

It’s time. In the name of freedom and fairness, the Court should find in Edie’s favor.

*Christopher Ott is communications director for the ACLU of Massachusetts.