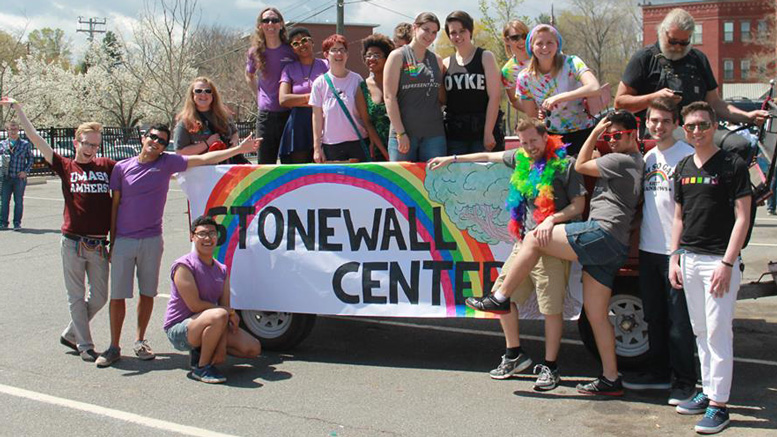 As summer comes to a close in Massachusetts, colleges and universities all around the state are anticipating an influx of students from all types of racial, economic, and gender/sexual identity backgrounds.

LGBTQ students face many different challenges in college and university environments, not least of which a lack of emotional and psychological support whether having declared their orientation or gender identity or not.

Harper Hopkins, who is pursuing a bachelor’s degree in computer science at Tufts University and identifies as a lesbian and transgender, said the difficulties in both academic and non-academic life are pervasive and in many ways ubiquitous.

“As a trans person, there is almost nothing which isn’t just a little bit harder for me than it is for my cisgender classmates and colleagues,” Hopkins said. “Most people of some marginalized identity are familiar with these layers of anxiety that come from being visibly different or ‘other,’ but trans people have to put up with a particularly curious form of discrimination that many other marginalized groups are not affected by: the belief that we don’t exist.”

“Often new students come to Tufts feeling that they have to pick and choose between their identities. This propensity leads to many students singling out a ‘dominant’ identity and then finding a community to cultivate that one identity,” Freeman said. “The LGBT Center understands that incoming students may have multiple identities when it comes to their racial and ethnic background, sexual orientation, gender identity, and gender expression. We want students to know we recognize intersecting identities, and we’re here to support and celebrate students as their whole selves.”

The LGBT Center at Tufts University holds an open house every year to help matriculating students get familiar with the resources at their disposal. Associations such as “Team Q”—a group of peer leaders available for one-on-one and group support— at Tufts’ LGBT Center hold events and special programming to give LGBTQ students the help and assistance they need in both the short and long terms.

“Diversity and inclusion are fundamental characteristics of the Tufts University community and date to its founding in 1852, when Tufts established itself as significantly more inclusive than other American institutions of higher education,” Freeman said. “Today, the university welcomes students from a range of backgrounds, and it values diverse identities as not only a strength but also an indispensable part of a Tufts education.”

Colleges and universities all over the state offer different kinds of services to LGBTQ students. At Salem State University, the Center for Diversity and Cultural Enrichment provides support for students regardless of race, gender identity, and nationality and provides safe spaces for students based on their intersectional needs.

A student-led group called “The Alliance” also offers support by way of peer counseling and events such as drag shows and activities for LGBTQ Awareness Month, the Transgender Day of Remembrance, AIDS awareness, and more.

“The offices throughout student life are very aware that we have a high percentage of LGBTQ students who are part of our community, so making sure our services are inclusive and open to students in the ways they need is very important,” said Assistant Director and Training Director of Counseling and Health Services Christine Williams. “We’re especially sensitive to the growing number of students on campus who identify as transgender and are gender non-conforming.”

At Westfield State University, a separate “Rainbow Graduation” is held for LGBTQ students. University Public Affairs Specialist Laura Phelon said the event is meant to underline the specific struggles LGBTQ students face, as well as celebrate their victories and an overall recognition by the school of these students’ realities.

“The University remains committed to its founding principles and actively works to recruit and serve underrepresented groups,” Phelon said. “These efforts are reaffirmed in several initiatives on campus including the Sankofa Organization of Diverse Faculty and Staff, the Advisory Committee for Equal Opportunity, Diversity, and Affirmative Action, and the Urban Education Program, which recruits first-generation students.”

At Wellesley College, Assistant Dean of the Office of Intercultural Education and LGBTQ Advisor Leah Fygetakis told The Rainbow Times a “Rainbow Connection” event is held where students can meet peer and faculty advisors and learn about the different services offered through the school.

Yet, according to Fygetakis, support does not begin at Wellesley’s door.

“Support starts early, even before they arrive. For example, this past spring I spoke with several individuals who contacted me prior to [applying] to Wellesley,” Fygetakis said. “They wanted to do their homework around whether Wellesley would be a good fit for them as LGBT-identified students.”

A Different Kind of Transphobia

Stacey Schmeidel, director of media relations for Smith College, told The Rainbow Times the college’s approach to inclusivity for LGBTQ students is engrained in their mission statement. Also, LGBTQ-specific education and services are offered through the Resource Center for Sexuality and Gender.

Yet, even in especially liberal schools such as Smith College, according to former student Alison Tippett, discrimination still takes place.

Tippett, who identifies as non-binary and gender-queer and uses plural pronouns, graduated from Smith in 2016 with a double major in education and psychology, said the all-women undergraduate program made being non-binary a difficult journey. Tippett said non-binary trans people had a hard time assimilating to a culture centered around specifically female empowerment.

“There were several non-binary trans men on campus during my time at Smith, and I felt that these people were either idolized or sexualized. Because of their sexualization, they were accepted as part of Smith,” they said. “Everything, and I mean everything, is about womanhood and sisterhood when it comes to the college itself … ”

Though Tippett said a successful campaign was launched to not force trans women to change gender identification markers on legal documents and applications, the backlash from students was visceral.

“This created a divide between the queer, liberal population of Smith and the extremely conservative population,” they said. “Many people believe and express, albeit mostly on anonymous forums like Smith Confessional, that Smith is a place for women only. What they mean by this is individuals who were assigned female at birth and who have ever only identified as female. They do not want trans women to have access to a Smith education because they do not believe someone who was ‘socialized as male’ could understand the value of a woman’s education.”

However, Tippett also said that the educational quality of the college, as well as the opportunity to create safe spaces for people like them, were invaluable experiences that couldn’t be traded for anything.

College-ranking institution College Choice released a list of the 50 best schools for LGBTQ students on July 10. Seven schools in New England, including four in Massachusetts, made the list.

Genny Beemyn, director of the Stonewall Center and coordinator for Campus Pride’s Trans Policy Clearinghouse, said it was the work of their offices and others that contributed to the rating.

“Through the work of the Stonewall Center and other offices, the University has placed a high priority on creating a supportive campus environment for LGBTQ+ students,” Beemyn said. “We greatly appreciate having our efforts recognized by being named to [the]top LGBTQ+ school lists.”

Along with the center and clearinghouse, UMass Amherst Executive Director of Strategic Communications Ed Blaguszewski said the university is home to the oldest LGBTQIA-centered residence hall floor, Spectrum.

“While all residence halls offer an LGBTQ+ supportive environment, first-year and returning students live on the Spectrum floor to be part of an LGBTQ+ community,” Blaguszewski said.

In the September issue of The Rainbow Times, more colleges and universities in New England will be explored.