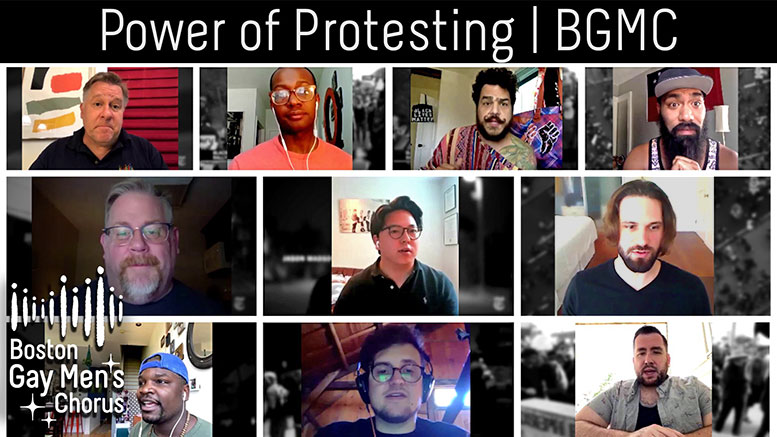 “From the very beginning, the Boston Gay Men’s Chorus has sung out against injustice. Every concert of ours is an act of protest, and our strength comes from the bonds we have with each other,” said BGMC Music Director Reuben M. Reynolds III. “We are survivors. We survived governmental indifference to AIDS. We’re going to survive COVID-19 and the centuries-old systems of racism it has laid bare for all to see. I think people will be inspired when they hear the stories shared in this video.”

The 10-minute video is scored to three of our performances:

“The Power of Protest,” is the seventh video released by BGMC since the cancellation of BGMC’s spring concert after Massachusetts declared a public health emergency in response to the COVID-19 pandemic.

In May, BGMC launched BGMC Online to showcase BGMC@Home virtual videos, which include “From Our Home to Yours: Everything Possible,” “Pride 2020 Selections by Music Director Reuben Reynolds III,” “Black Lives Matter,” “Born This Way: Virtual Boston Gay Men’s Chorus,” “We Miss You, We Love You,” and “Reuben’s Picks, Fourth of July.” 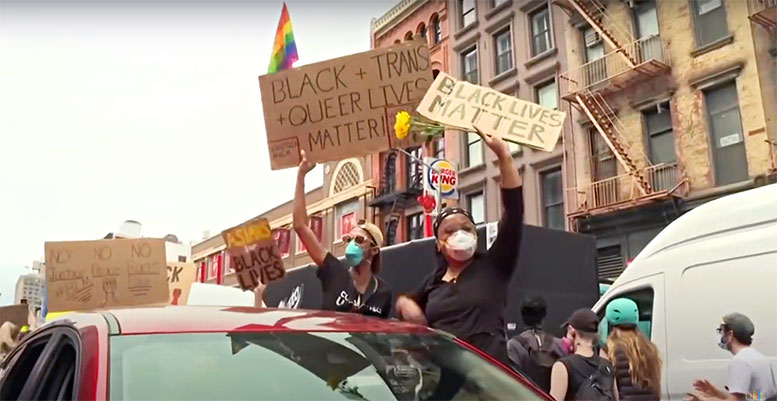 BGMC Online also features highlights from BGMC’s archive of more than 350 video performances that are viewed more than 1.5 million times annually. Playlists include BGMC’s most popular videos from YouTube, its most recent Pride concert titled “God Save the Queens,” its most recent spring concert, titled “Raise You Up,” and playlists from its tour of the Middle East in 2015 and tour of South Africa in 2018.

“The Boston Gay Men’s Chorus has been sharing stories through song about our community to audiences around the world for over 38 years now,” said BGMC Executive Director Craig Coogan. “We can’t perform for live audiences right now, but we can still sing and share our stories in other ways that inspire change, build community, and celebrate differences.”

About the Boston Gay Men’s Chorus
The Boston Gay Men’s Chorus is one of New England’s largest and most successful community-based choruses. Founded in 1982, the 200-voice ensemble is celebrated for its outstanding musicianship, creative programming, and groundbreaking community outreach. Under the dynamic leadership of Music Director Reuben M. Reynolds III, the BGMC sings a wide spectrum of classical and popular music and creates social change by providing a positive, affirming image of the gay and lesbian community. The Chorus is heard live by more than 10,000 people each season and thousands more through recording, television, and internet broadcasts. CBS-WBZ named the Boston Gay Men’s Chorus one of the “top 5” choruses in the city of Boston. The Boston Business Journal in 2018 and 2019 named BGMC one of the top 10 best performing arts organizations in the city.  BGMC is a Cultural Ambassador—being the first LGBT chorus to perform in Poland in 2005, the Middle East in 2015, and in South Africa in June 2018.